Sounds like an early version of the hygiene hypothesis 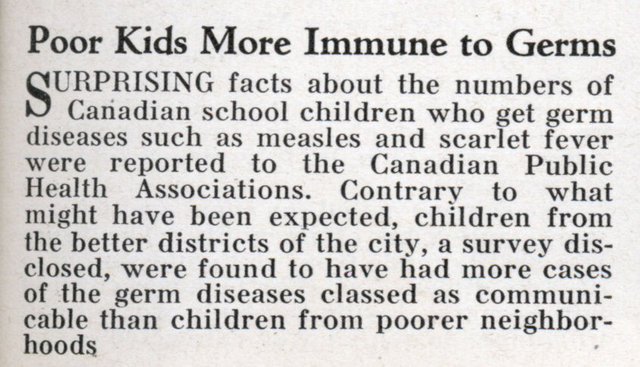 SURPRISING facts about the numbers of Canadian school children who get germ diseases such as measles and scarlet fever were reported to the Canadian Public Health Associations. Contrary to what might have been expected, children from the better districts of the city, a survey disclosed, were found to have had more cases of the germ diseases classed as communicable than children from poorer neighborhoods