If you can’t lie to your priest, who CAN you lie to? 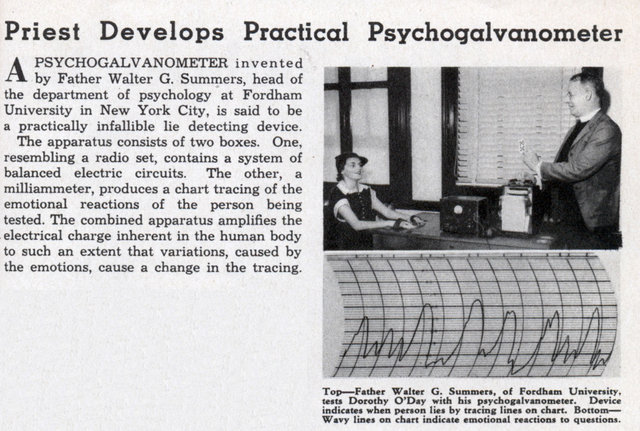 A PSYCHOGALVANOMETER invented by Father Walter G. Summers, head of the department of psychology at Fordham University in New York City, is said to be a practically infallible lie detecting device.

The apparatus consists of two boxes. One, resembling a radio set, contains a system of balanced electric circuits. The other, a milliammeter, produces a chart tracing of the emotional reactions of the person being tested. The combined apparatus amplifies the electrical charge inherent in the human body to such an extent that variations, caused by the emotions, cause a change in the tracing.