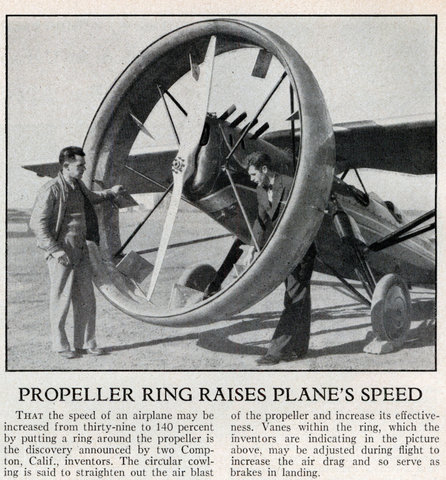 PROPELLER RING RAISES PLANE’S SPEED
That the speed of an airplane may be increased from thirty-nine to 140 percent by putting a ring around the propeller is the discovery announced by two Compton, Calif., inventors. The circular cowling is said to straighten out the air blast
of the propeller and increase its effectiveness. Vanes within the ring, which the inventors are indicating in the picture above, may be adjusted during flight to increase the air drag and so serve as brakes in landing.