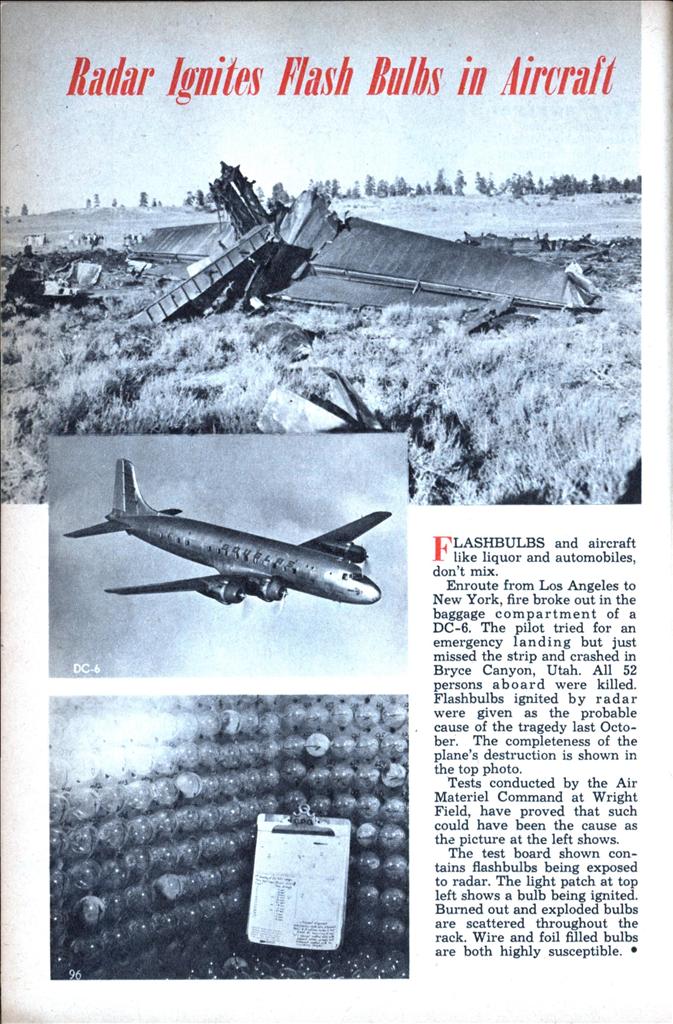 Flashbulbs and aircraft like liquor and automobiles, don’t mix.

Enroute from Los Angeles to New York, fire broke out in the baggage compartment of a DC-6. The pilot tried for an emergency landing but just missed the strip and crashed in Bryce Canyon, Utah. All 52 persons aboard were killed. Flashbulbs ignited by radar were given as the probable cause of the tragedy last October. The completeness of the plane’s destruction is shown in the top photo.

Tests conducted by the Air Materiel Command at Wright Field, have proved that such could have been the cause as the picture at the left shows.

The test board shown contains flashbulbs being exposed to radar. The light patch at top left shows a bulb being ignited. Burned out and exploded bulbs are scattered throughout the rack. Wire and foil filled bulbs are both highly susceptible.