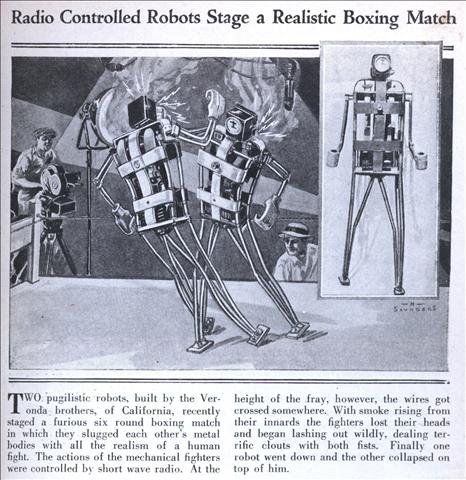 TWO pugilistic robots, built by the Veronda brothers of California, recently staged a furious six round boxing match in which they slugged each other’s metal bodies with all the realism of a human fight. The actions of the mechanical fighters were controlled by short wave radio. At the height of the fray, however, the wires got crossed somewhere. With smoke rising from their innards the fighters lost their heads and began lashing out wildly, dealing terrific clouts with both fists. Finally one robot went down and the other collapsed on top of him.