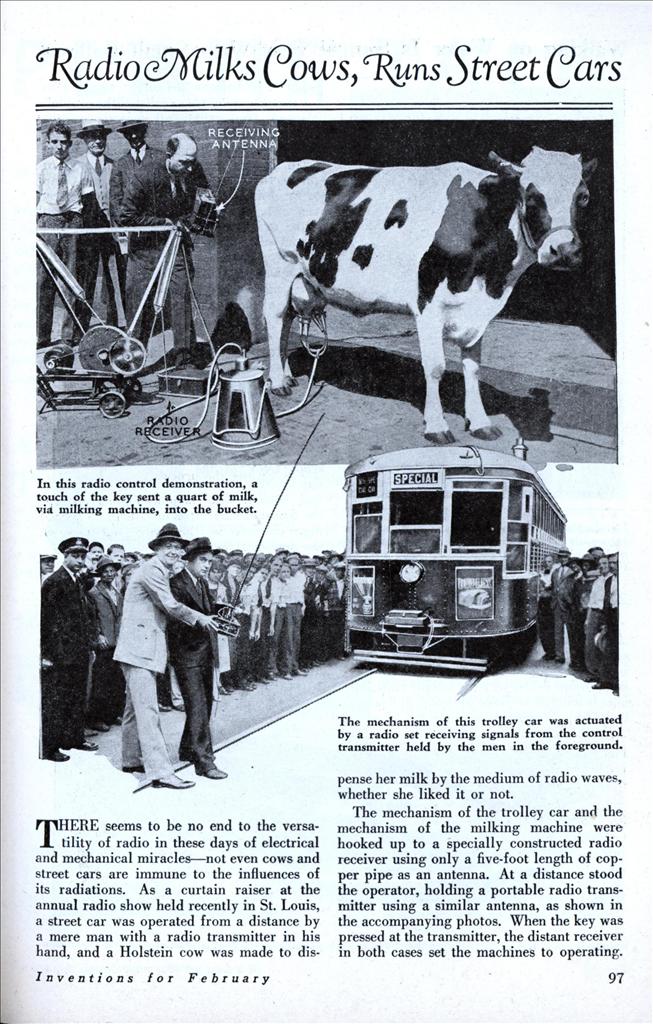 THERE seems to be no end to the versatility of radio in these days of electrical and mechanical miracles—not even cows and street cars are immune to the influences of its radiations. As a curtain raiser at the annual radio show held recently in St. Louis, a street car was operated from a distance by a mere man with a radio transmitter in his hand, and a Holstein cow was made to dispense her milk by the medium of radio waves, whether she liked it or not.

The mechanism of the trolley car and the mechanism of the milking machine were hooked up to a specially constructed radio receiver using only a five-foot length of copper pipe as an antenna. At a distance stood the operator, holding a portable radio transmitter using a similar antenna, as shown in the accompanying photos. When the key was pressed at the transmitter, the distant receiver in both cases set the machines to operating.