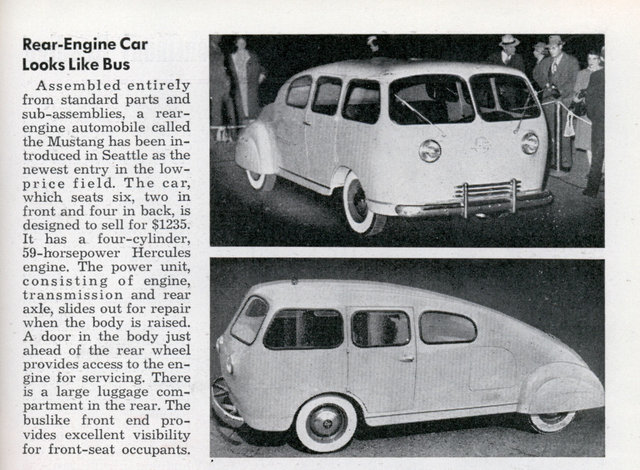 Rear-Engine Car Looks Like Bus
Assembled entirely from standard parts and sub-assemblies, a rear-engine automobile called the Mustang has been introduced in Seattle as the newest entry in the low-price field. The car, which seats six, two in front and four in back, is designed to sell for $1235. It has a four-cylinder, 59-horsepower Hercules engine. The power unit, consisting of engine, transmission and rear axle, slides out for repair when the body is raised. A door in the body just ahead of the rear wheel provides access to the engine for servicing. There is a large luggage compartment in the rear. The buslike front end provides excellent visibility for front-seat occupants