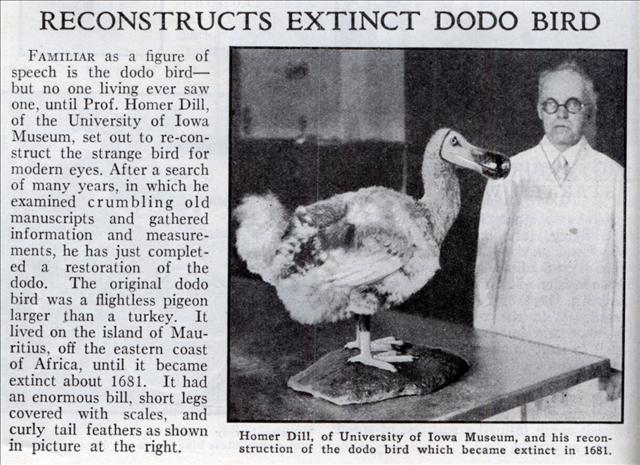 RECONSTRUCTS EXTINCT DODO BIRD
Familiar as a figure of speech is the dodo bird— but no one living ever saw one, until Prof. Homer Dill, of the University of Iowa Museum, set out to re-construct the strange bird for modern eyes. After a search of many years, in which he examined crumbling old manuscripts and gathered information and measurements, he has just completed a restoration of the dodo. The original dodo bird was a flightless pigeon larger than a turkey. It lived on the island of Mauritius, off the eastern coast of Africa, until it became extinct about 1681. It had an enormous bill, short legs covered with scales, and curly tail feathers as shown in picture at the right.