In the mid ’30s everything was a robot. 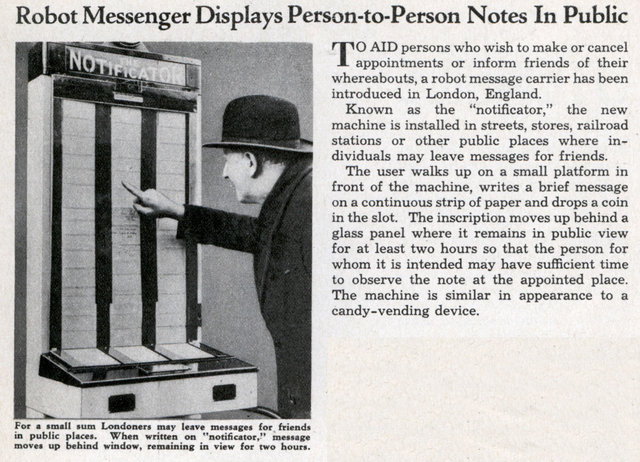 Robot Messenger Displays Person-to-Person Notes In Public
TO AID persons who wish to make or cancel appointments or inform friends of their whereabouts, a robot message carrier has been introduced in London, England.
Known as the “notificator,” the new machine is installed in streets, stores, railroad stations or other public places where individuals may leave messages for friends.
The user walks up on a small platform in front of the machine, writes a brief message on a continuous strip of paper and drops a coin in the slot. The inscription moves up behind a glass panel where it remains in public view for at least two hours so that the person for whom it is intended may have sufficient time to observe the note at the appointed place. The machine is similar in appearance to a candy-vending device.