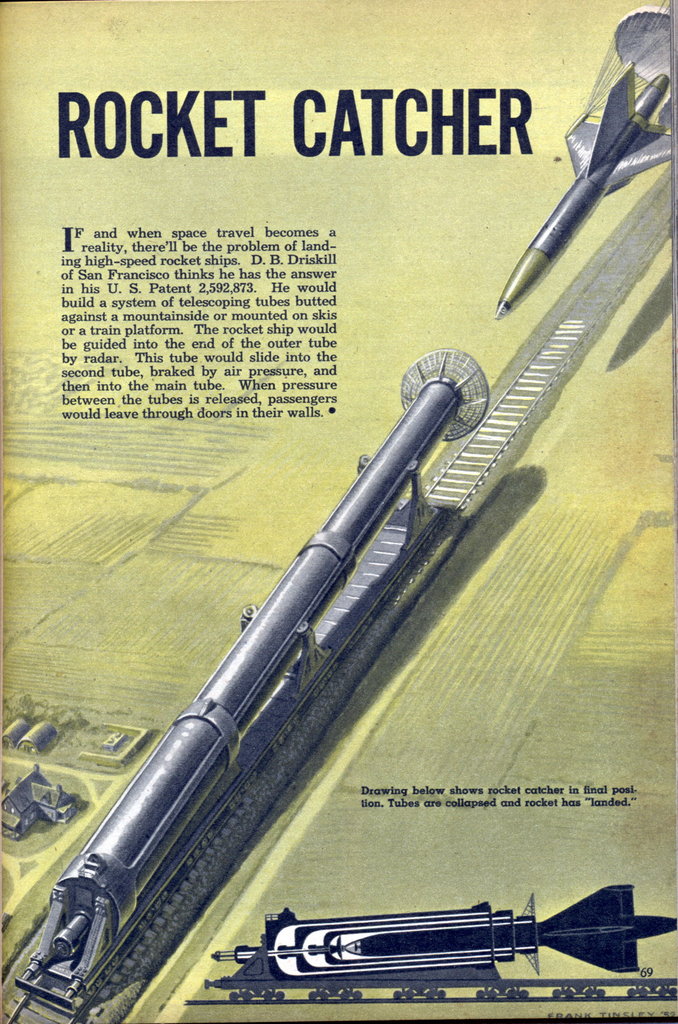 ROCKET CATCHER
IF and when space travel becomes a reality, there’ll be the problem of landing high-speed rocket ships. D. B. Driskill of San Francisco thinks he has the answer in his U. S. Patent 2,592,873. He would build a system of telescoping tubes butted against a mountainside or mounted on skis or a train platform. The rocket ship would be guided into the end of the outer tube by radar. This tube would slide into the second tube, braked by air pressure, and then into the main tube. When pressure between the tubes is released, passengers would leave through doors in their walls.