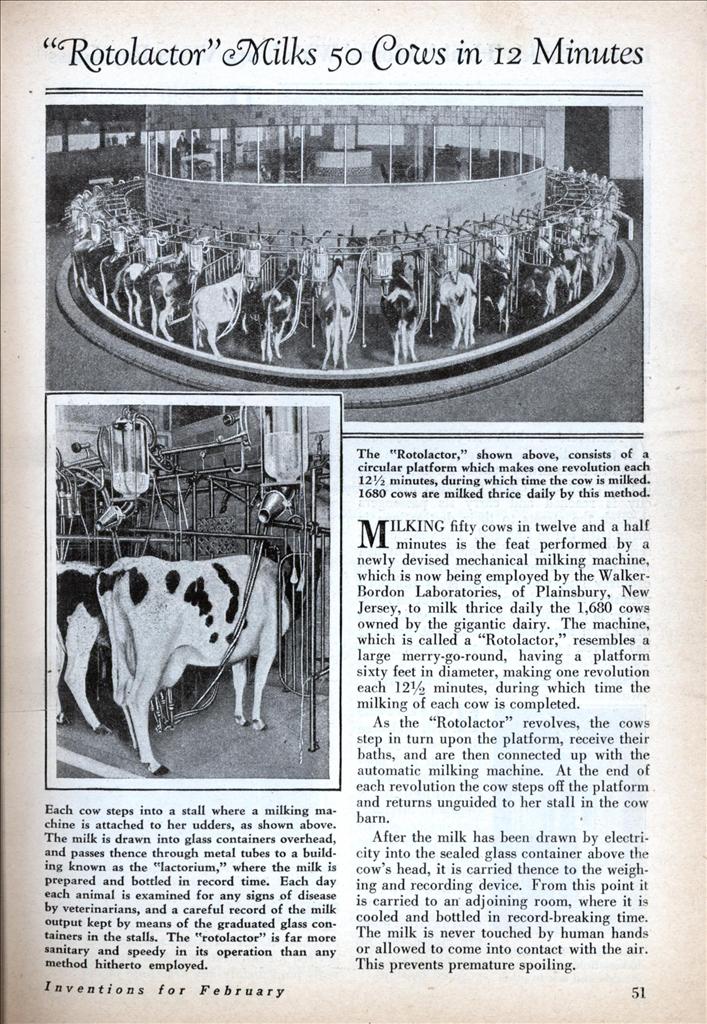 As the “Rotolactor” revolves, the cows step in turn upon the platform, receive their baths, and are then connected up with the automatic milking machine. At the end of each revolution the cow steps off the platform and returns unguided to her stall in the cow barn.

After the milk has been drawn by electricity into the sealed glass container above the cow’s head, it is carried thence to the weighing and recording device. From this point it is carried to an adjoining room, where it is cooled and bottled in record-breaking time. The milk is never touched by human hands or allowed to come into contact with the air. This prevents premature spoiling.