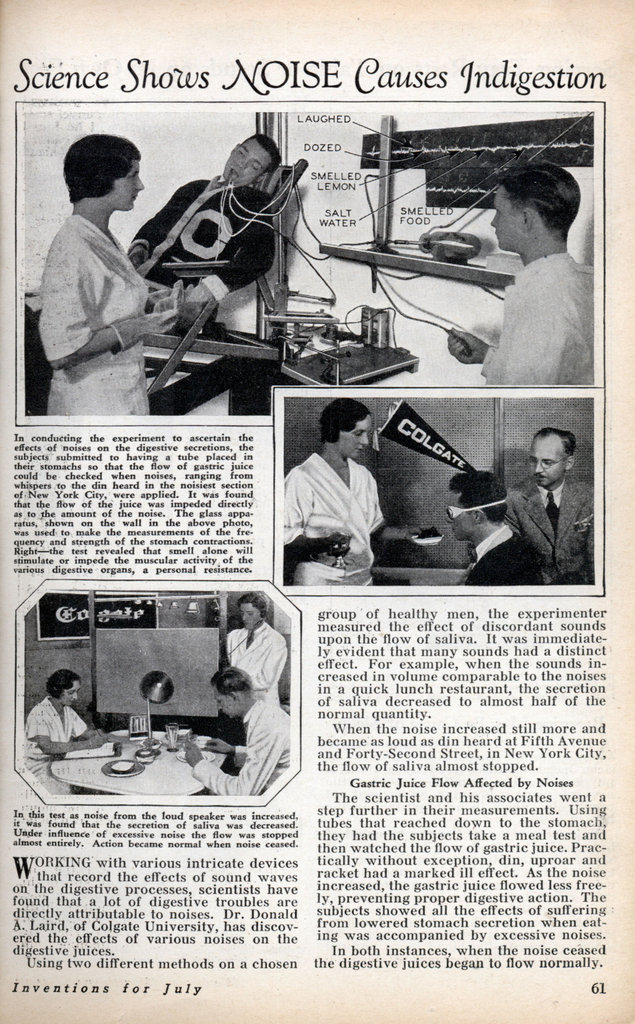 Using two different methods on a chosen group of healthy men, the experimenter measured the effect of discordant sounds upon the flow of saliva. It was immediately evident that many sounds had a distinct effect. For example, when the sounds increased in volume comparable to the noises in a quick lunch restaurant, the secretion of saliva decreased to almost half of the normal quantity.

When the noise increased still more and became as loud as din heard at Fifth Avenue and Forty-Second Street, in New York City, the flow of saliva almost stopped.

The scientist and his associates went a step further in their measurements. Using tubes that reached down to the stomach, they had the subjects take a meal test and then watched the flow of gastric juice. Practically without exception, din, uproar and racket had a marked ill effect. As the noise increased, the gastric juice flowed less freely, preventing proper digestive action. The subjects showed all the effects of suffering from lowered stomach secretion when eating was accompanied by excessive noises. In both instances, when the noise ceased the digestive juices began to flow normally.