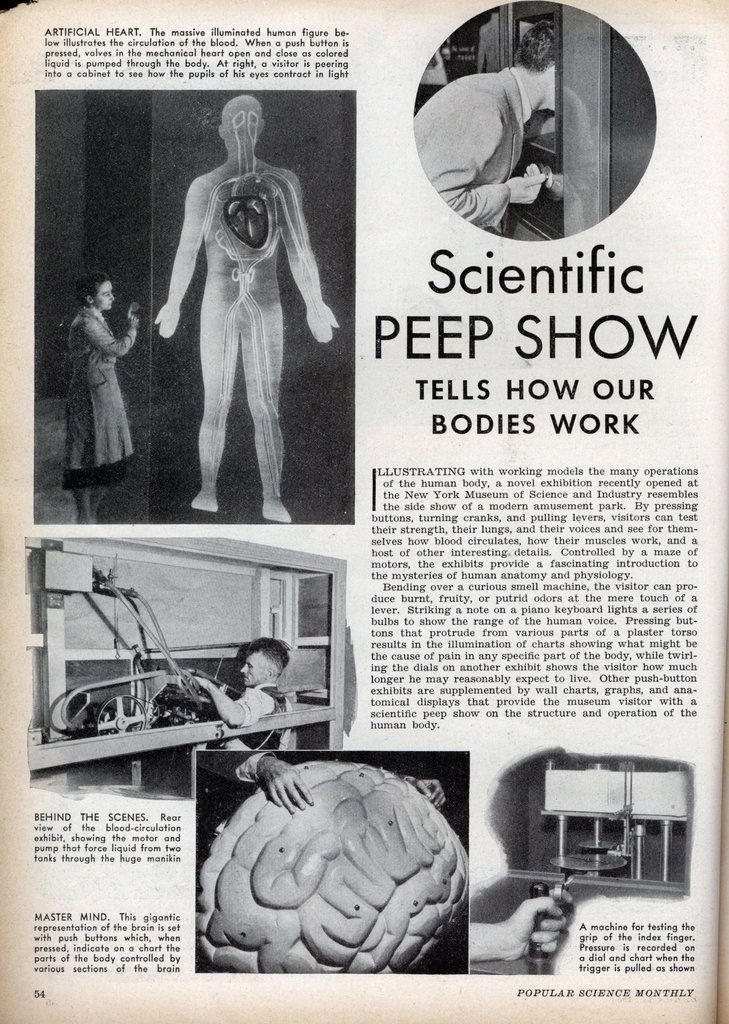 ILLUSTRATING with working models the many operations of the human body, a novel exhibition recently opened at the New York Museum of Science and Industry resembles the side show of a modern amusement park. By pressing buttons, turning cranks, and pulling levers, visitors can test their strength, their lungs, and their voices and see for themselves how blood circulates, how their muscles work, and a host of other interesting details. Controlled by a maze of motors, the exhibits provide a fascinating introduction to the mysteries of human anatomy and physiology.

Bending over a curious smell machine, the visitor can produce burnt, fruity, or putrid odors at the mere touch of a lever. Striking a note on a piano keyboard lights a series of bulbs to show the range of the human voice. Pressing buttons that protrude from various parts of a plaster torso results in the illumination of charts showing what might be the cause of pain in any specific part of the body, while twirling the dials on another exhibit shows the visitor how much longer he may reasonably expect to live. Other push-button exhibits are supplemented by wall charts, graphs, and anatomical displays that provide the museum visitor with a scientific peep show on the structure and operation of the human body.