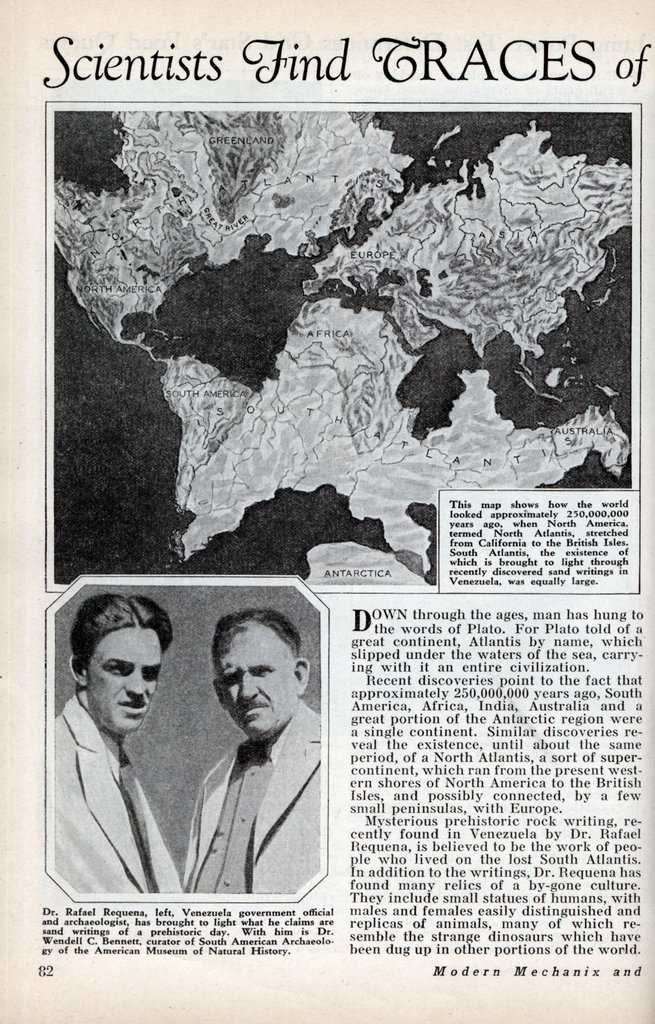 Mysterious prehistoric rock writing, recently found in Venezuela by Dr. Rafael Requena, is believed to be the work of people who lived on the lost South Atlantis. In addition to the writings, Dr. Requena has found many relics of a by-gone culture. They include small statues of humans, with males and females easily distinguished and replicas of animals, many of which resemble the strange dinosaurs which have been dug up in other portions of the world.

If the world were once generally divided into only two great continents, North and South Atlantis, is it possible, or even probable, that the continents will again change? Scientists do not care to answer that question until they have definite evidence upon which to base their conclusions.

And so the work of gathering evidence on drifting continents proceeds. It is a slow task, requiring years and years, because all calculations must be on a most minute and intricate scale.

Observers at 95 points over the world, including five in the United States and two in Canada, have started the work. They train their telescopes on certain stars and make an exact reading. Then, years from now, this process will be repeated and by comparison of notes, the scientists believe they can determine whether the continents are shifting and if so in what direction and at what rate of speed.

Oceanographists have made exhaustive surveys and have determined that the lost North Atlantis had many of the same physical characteristics exhibited by our modern day continents.