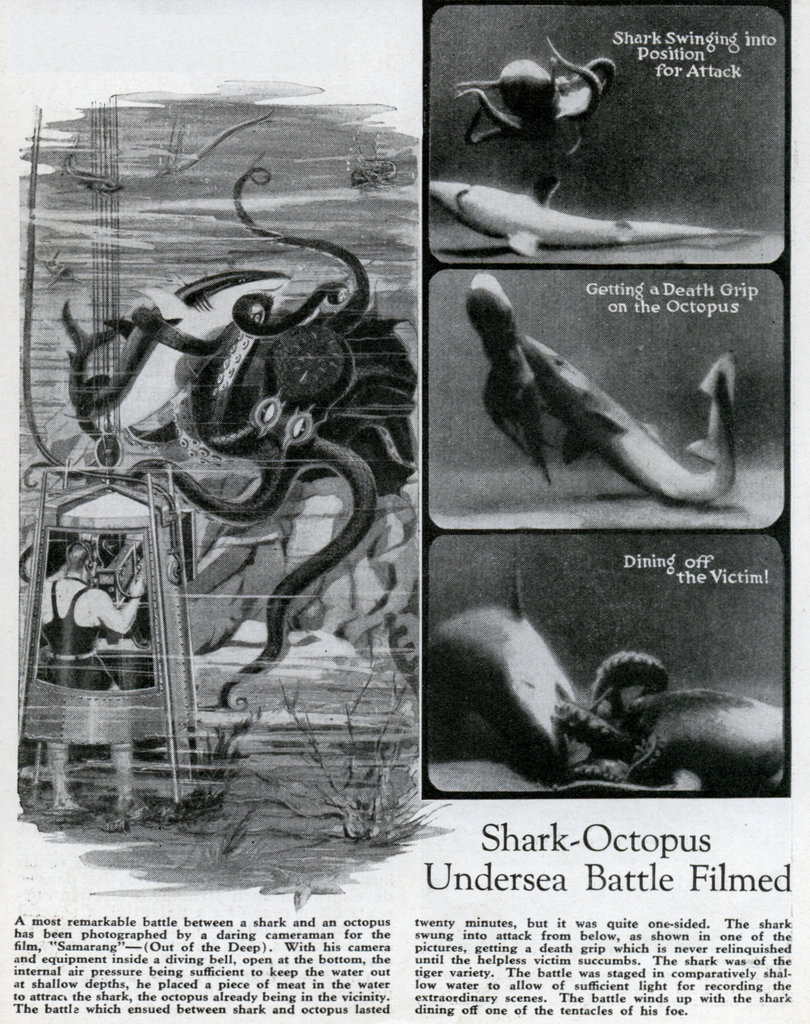 Shark Octopus Undersea Battle Filmed
A most remarkable battle between a shark and an octopus has been photographed by a daring cameraman for the film, “Samarang”â€”(Out of the Deep). With his camera and equipment inside a diving bell, open at the bottom, the internal air pressure being sufficient to keep the water out at shallow depths, he placed a piece of meat in the water to attract the shark, the octopus already being in the vicinity. The battle which ensued between shark and octopus lasted twenty minutes, but it was quite one-sided. The shark swung into attack from below, as shown in one of the pictures, getting a death grip which is never relinquished until the helpless victim succumbs. The shark was of the tiger variety. The battle was staged in comparatively shallow water to allow of sufficient light for recording the extraordinary scenes. The battle winds up with the shark dining off one of the tentacles of his foe.