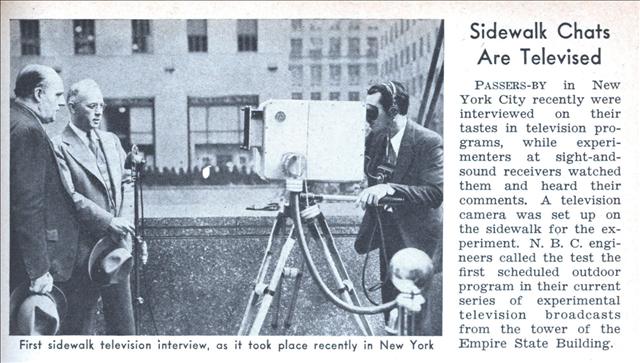 Sidewalk Chats Are Televised
Passers-by in New-York City recently were interviewed on their tastes in television programs, while experimenters at sight-and-sound receivers watched them and heard their comments. A television camera was set up on the sidewalk for the experiment. N. B. C. engineers called the test the first scheduled outdoor program in their current series of experimental television broadcasts from the tower of the Empire State Building.