Sixty billion vibrations per second (May, 1956) 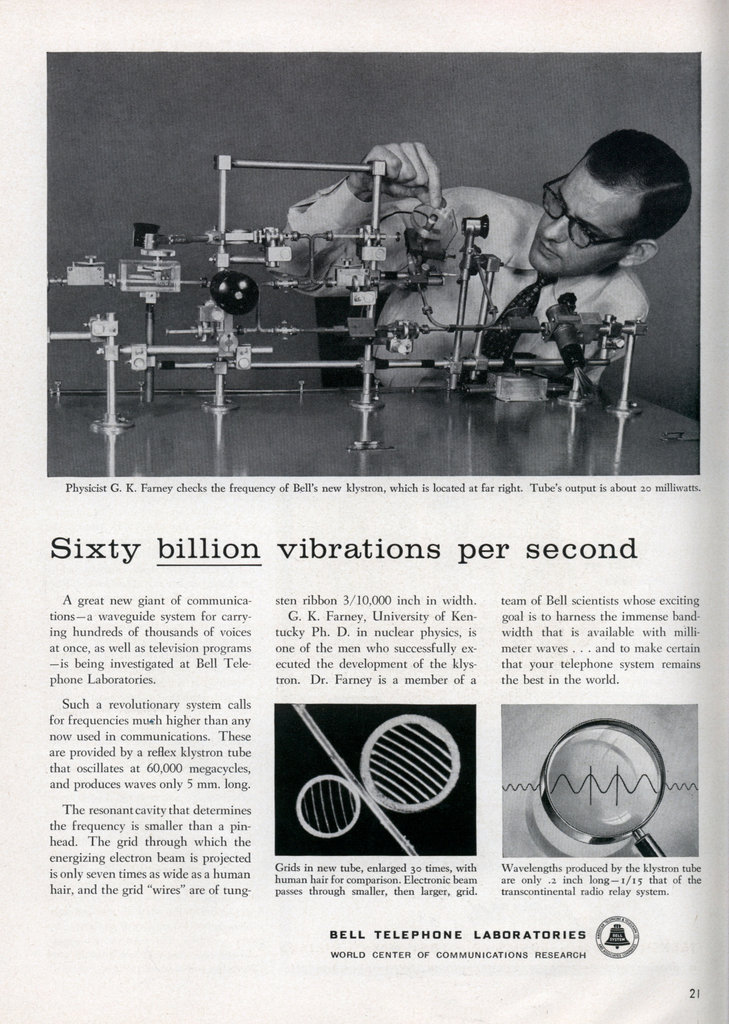 A great new giant of communications—a waveguide system for carrying hundreds of thousands of voices at once, as well as television programs —is being investigated at Bell Telephone Laboratories.

Such a revolutionary system calls for frequencies much higher than any now used in communications. These are provided by a reflex klystron tube that oscillates at 60,000 megacycles, and produces waves only 5 mm. long.

The resonant cavity that determines the frequency is smaller than a pin-head. The grid through which the energizing electron beam is projected is only seven times as wide as a human hair, and the grid “wires” are of tungsten ribbon 3/10,000 inch in width. G. K. Farney, University of Kentucky Ph. D. in nuclear physics, is one of the men who successfully executed the development of the klystron. Dr. Farney is a member of a team of Bell scientists whose exciting goal is to harness the immense bandwidth that is available with millimeter waves . . . and to make certain that your telephone system remains the best in the world.