This, of course, is the radio waves bouncing off of the ionosphere. I think they’ve known this for quite a while though. Does anyone know when it was figured out? 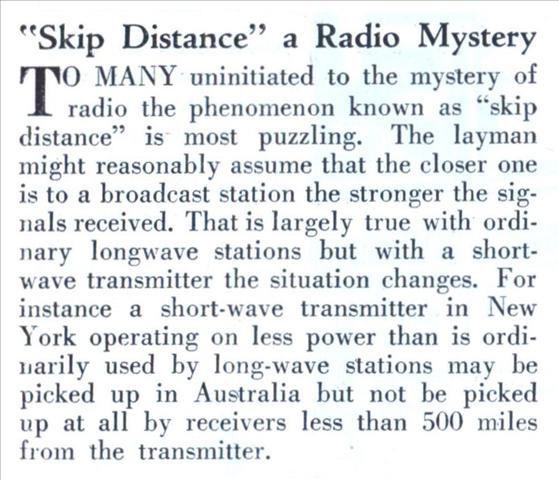 TO MANY uninitiated to the mystery of radio the phenomenon known as ‘”skip distance” is most puzzling. The layman might reasonably assume that the closer one is to a broadcast station the stronger the signals received. That is largely true with ordinary longwave stations but with a shortwave transmitter the situation changes. For instance a short-wave transmitter in New York operating on less power than is ordinarily used by long-wave stations may be picked up in Australia but not be picked up at all by receivers less than 500 miles from the transmitter.