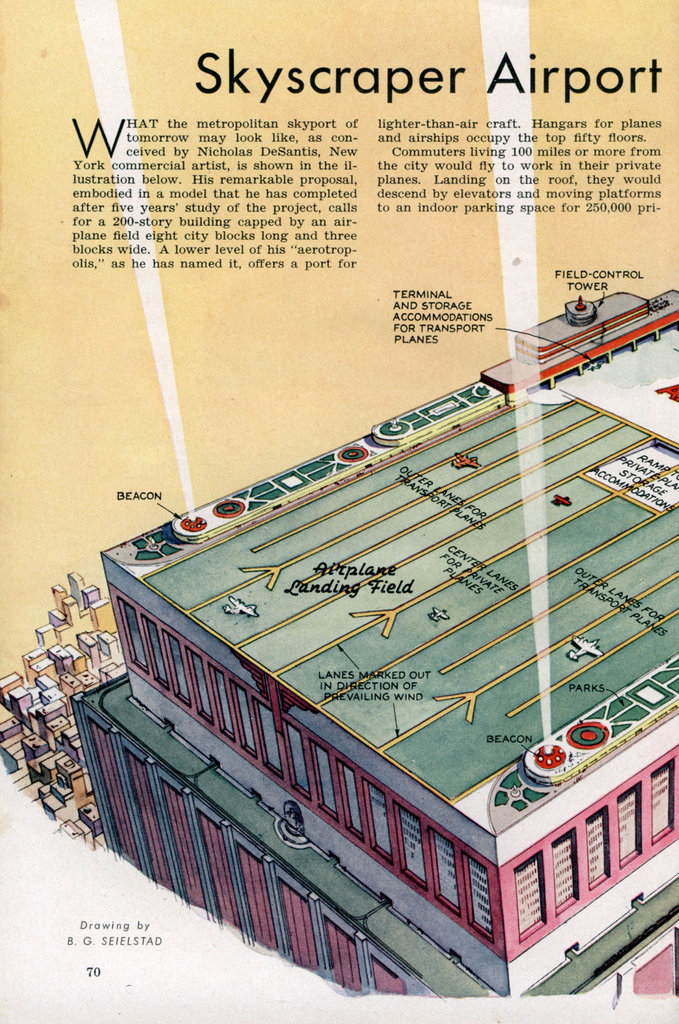 Skyscraper Airport for City of Tomorrow

WHAT the metropolitan skyport of tomorrow may look like, as conceived by Nicholas DeSantis, New York commercial artist, is shown in the illustration below. His remarkable proposal, embodied in a model that he has completed after five years’ study of the project, calls for a 200-story building capped by an airplane field eight city blocks long and three blocks wide. A lower level of his “aerotrop-olis,” as he has named it, offers a port for lighter-than-air craft. Hangars for planes and airships occupy the top fifty floors.

Commuters living 100 miles or more from the city would fly to work in their private planes. Landing on the roof, they would descend by elevators and moving platforms to an indoor parking space for 250,000 private cars and taxis, whence they would be whisked without delay to their destination. Similar facilities would serve passengers arriving by transport planes and airship lines. By centralizing air and land terminals in one building, the “aerotropolis” would save time now lost in journeying to and from airports far from the heart of a city. Other parts of the building provide space for offices and light industrial plants, theaters, two enormous arenas for football and baseball games, restaurants, and cafes.