Modern Mechanix
Issue: Sep, 1930
Posted in: Automotive
No Comments on SOMETHING NEW on WHEELS (Sep, 1930) 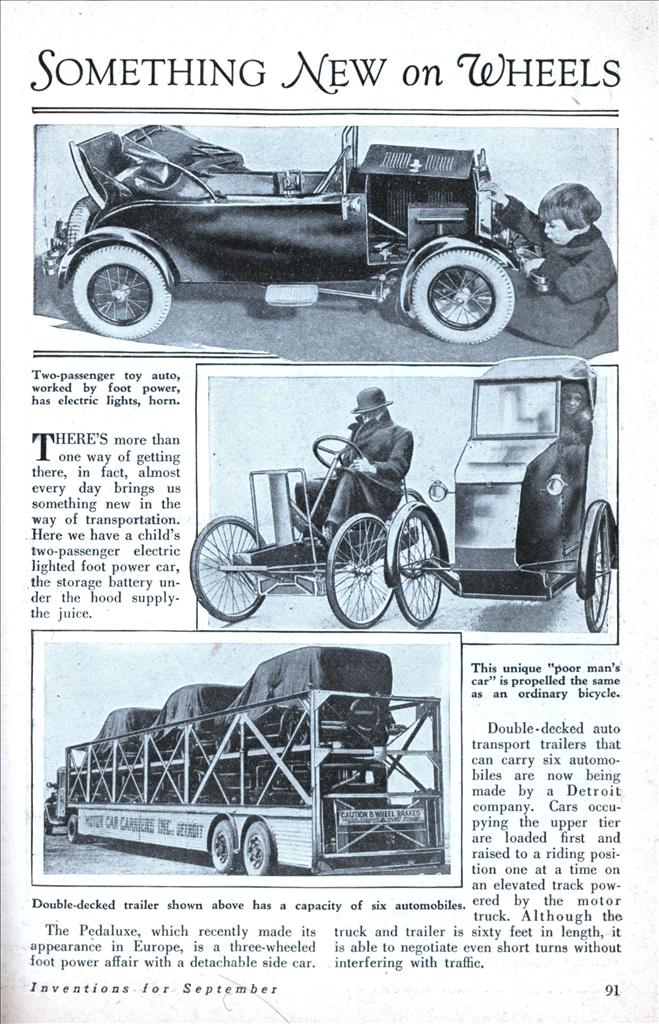 SOMETHING NEW on WHEELS

THERE’S more than one way of getting there, in fact, almost every day brings us something new in the way of transportation. Here we have a child’s two-passenger electric lighted foot power car, the storage battery under the hood supply the juice.

The Pedaluxe, which recently made its appearance in Europe, is a three-wheeled foot power affair with a detachable side car.

Double-decked auto transport trailers that can carry six automobiles are now being made by a Detroit company. Cars occupying the upper tier are loaded first and raised to a riding position one at a time on an elevated track powered by the motor truck. Although the truck and trailer is sixty feet in length, it is able to negotiate even short turns without interfering with traffic.