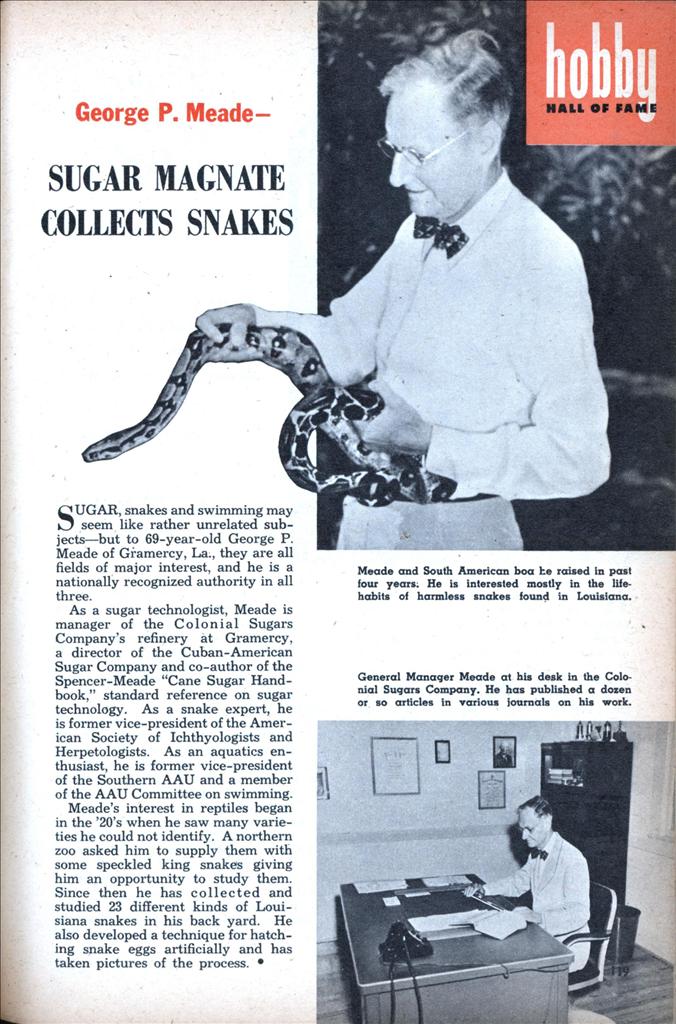 SUGAR, snakes and swimming may seem like rather unrelated subjects—but to 69-year-old George P. Meade of Gramercy, La., they are all fields of major interest, and he is a nationally recognized authority in all three.

As a sugar technologist, Meade is manager of the Colonial Sugars Company’s refinery at Gramercy, a director of the Cuban-American Sugar Company and co-author of the Spencer-Meade “Cane Sugar Handbook,” standard reference on sugar technology. As a snake expert, he is former vice-president of the American Society of Ichthyologists and Herpetologists. As an aquatics enthusiast, he is former vice-president of the Southern AAU and a member of the AAU Committee on swimming.

Meade’s interest in reptiles began in the ’20’s when he saw many varieties he could not identify. A northern zoo asked him to supply them with some speckled king snakes giving him an opportunity to study them. Since then he has collected and studied 23 different kinds of Louisiana snakes in his back yard. He also developed a technique for hatching snake eggs artificially and has taken pictures of the process. •