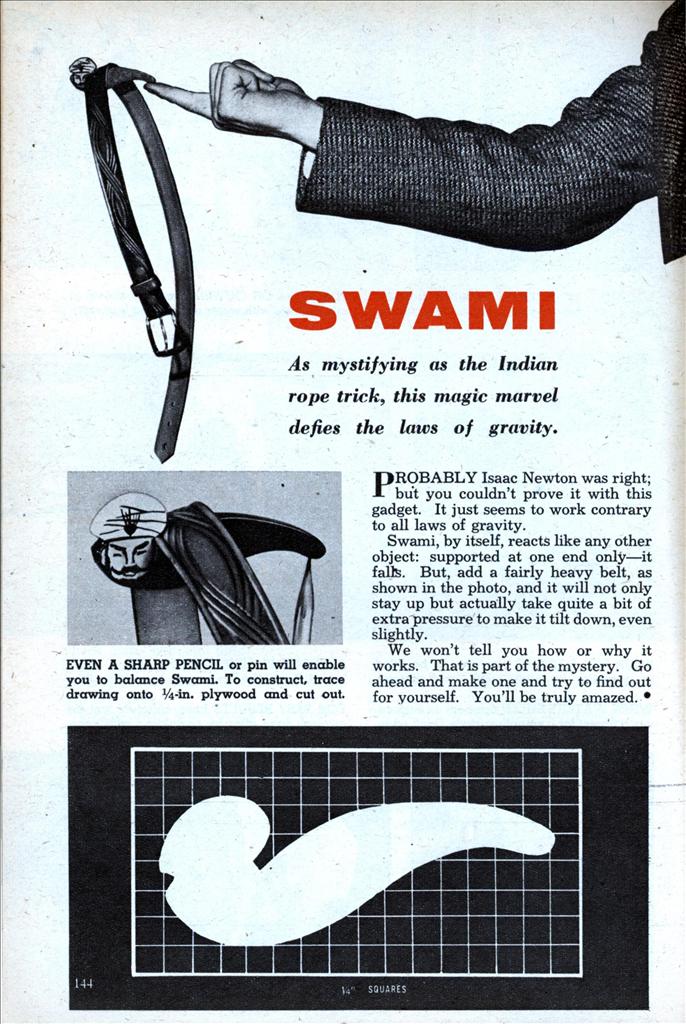 As mystifying as the Indian rope trick, this magic marvel defies the laws of gravity.

PROBABLY Isaac Newton was right; but you couldn’t prove it with this gadget. It just seems to work contrary to all laws of gravity.

Swami, by itself, reacts like any other object: supported at one end only—it falls. But, add a fairly heavy belt, as shown in the photo, and it will not only stay up but actually take quite a bit of extra pressure to make it tilt down, even slightly.

We won’t tell you how or why it works. That is part of the mystery. Go ahead and make one and try to find out for yourself. You’ll be truly amazed.