Right, dealing inside an opaque table that has four card sharps’ hands under it is the best way to prevent cheating. 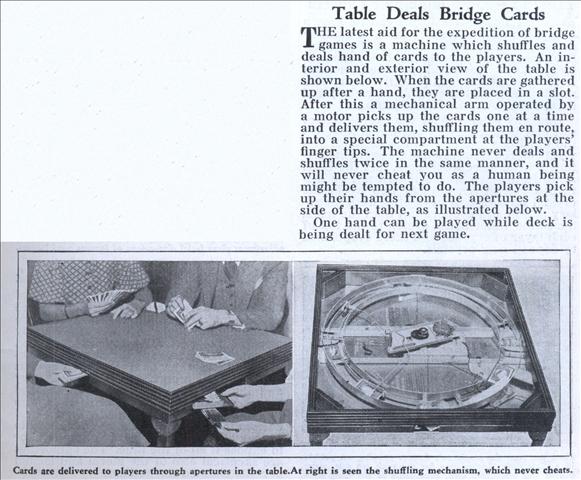 THE latest aid for the expedition of bridge games is a machine which shuffles and deals hand of cards to the players. An interior and exterior view of the table is shown below. When the cards are gathered up after a hand, they are placed in a slot. Alter this a mechanical arm operated by a motor picks up the cards one at a time and delivers them, shuffling them en route, into a special compartment at the players’ finger tips. The machine never deals and shuttles twice in the same manner, and it will never cheat you as a human being might be tempted to do. The players pick up their hands from the apertures at the side of the table, as illustrated below.

One hand can be played while deck is being dealt for next game.