Mechanics And Handicraft
Issue: Oct, 1937
Posted in: General
Tags: electronics
2 Comments on A Machine with a “Memory” (Oct, 1937)

At first I thought this was a kind of Williams Tube, an early type of computer memory that used a grid of illuminated dots on a cathode ray tube to store data. However, according to the summary of this paper, it is basically what it looks like: a system that uses a camera to take a picture of an oscilloscope. Which made me wonder why they would call it a “memory” when it’s just a camera.

The reason I think, is that it uses the short term persistence of the oscilloscope image as a sort of buffer. When the event you’re interested in happens it will trigger the camera, giving you an image of the activity from before the event.

This is actually pretty handy and reminds me of the modern high-speed digital video cameras used on nature shows. They have to capture very unpredictable phenomenon that happen incredibly fast. By the time the photographer noticed, the event they care about has already happened. The trick to the cameras is that they are continually recording footage, keeping it for a short time in a buffer and then overwriting it. When an event happens that the photographer wants to capture, he presses the button and the camera just stops throwing away the old footage. This means the actual recording starts a few seconds before the button was pressed. This video from David Attenborough’s Life in the Undergrowth explains it perfectly. (I remembered the clip from watching the “making of” videos when I saw it a few years ago and wanted to link to it with this post. Apparently my google-fu is weak because I just spent the last hour searching before I found the right combination of keywords.)

By the way, if you haven’t seen Life in the Undergrowth, you should get a copy. It is mind-blowing and possibly my favorite nature documentary.

A Machine with a “Memory”

THIS machine has the faculty for picking up the results of electrical disturbances and registering them in its “mind.” A short time later they are illustrated on an oscilloscope, where photographs are made. The entire operation is automatic. 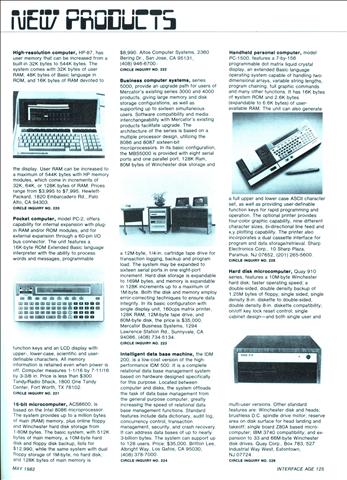 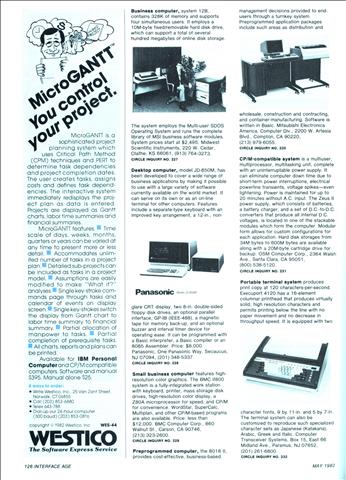 High-resolution computer, HP-87, has user memory that can be increased from a built-in 32K bytes to 544K bytes The system comes with 32K bytes of user RAM. 48K bytes of Basic language in ROM, and 16K bytes of RAM devoted to the display. 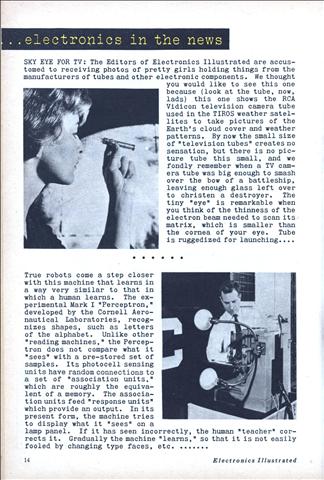 QUADRILLIONS do not mean much to the reader, even though he remembers the meaning of the term, expressed by seventeen figures in a row. However, a quadrillion is about the number of drops of water in a cubic mile.

With this introduction, it may be said that the screen-grid tube, pictured on an amplifier box in the center of the picture at the left, is used to amplify an electric current ten quadrillion times. 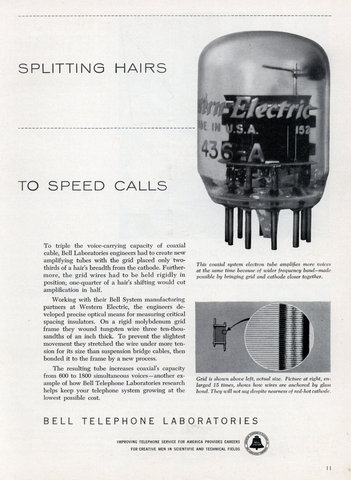 To triple the voice-carrying capacity of coaxial cable, Bell Laboratories engineers had to create new amplifying tubes with the grid placed only two-thirds of a hairs breadth from the cathode. Furthermore, the grid wires had to be held rigidly in position; one-quarter of a hairs shifting would cut amplification in half.

It’s like a smart card with out the smart! It seems like you could reproduce someone’s card by just looking at a picture of it…

A printed-circuit credit card is the key to self-service gasoline in England. The gas pump unlocks when you insert your card in a slot to fill your tank. A data recorder recognizes your card, records your number and purchase on tape, and bills you later. The tiny circuit board doubles as a distinctive key fob.

PREPARE NOW AT HOME FOR A PROFITABLE CAREER IN AUTOMATION ELECTRONICS! (Jul, 1956) 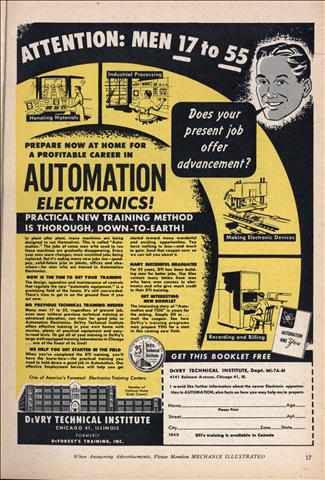 PREPARE NOW AT HOME FOR A PROFITABLE CAREER IN AUTOMATION ELECTRONICS!

ATTENTION: MEN 17 to 55
Does your present job offer advancement?

In plant after plant, many machines are being designed to run themselves. This is called “Automation.” The jobs of some men who used to run these machines are gradually disappearing. Every year sees more changes; more unskilled jobs being replaced. But it’s making many new jobs too—good-pay, solid-future jobs in plants, offices and elsewhere—for men who are trained In Automation Electronics. 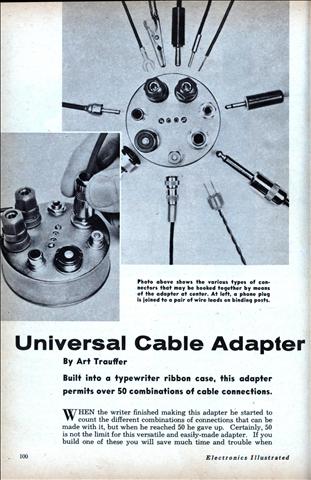 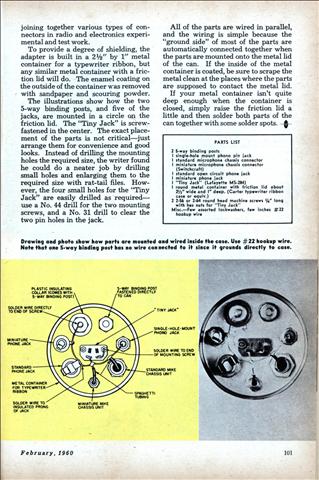 Built into a typewriter ribbon case, this adapter permits over 50 combinations of cable connections.

WHEN the writer finished making this adapter he started to count the different combinations of connections that can be made with it, but when he reached 50 he gave up. Certainly, 50 is not the limit for this versatile and easily-made adapter. If you build one of these you will save much time and trouble when joining together various types of connectors in radio and electronics experimental and test work. 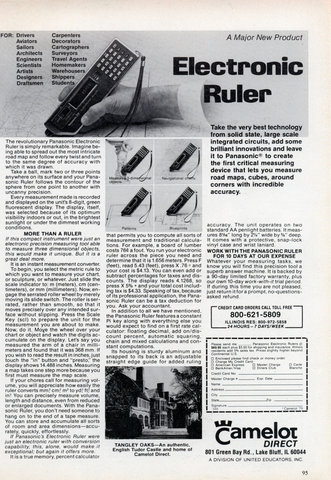 Take the very best technology from solid state, large scale integrated circuits, add some brilliant innovations and leave it to Panasonic® to create the first critical measuring device that lets you measure road maps, cubes, around corners with incredible accuracy. 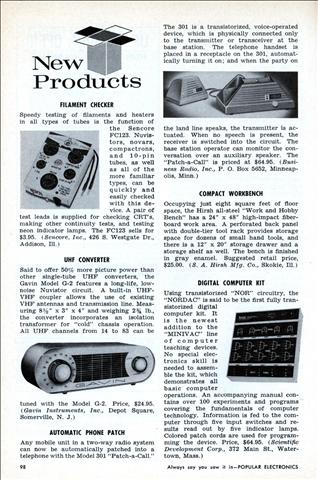 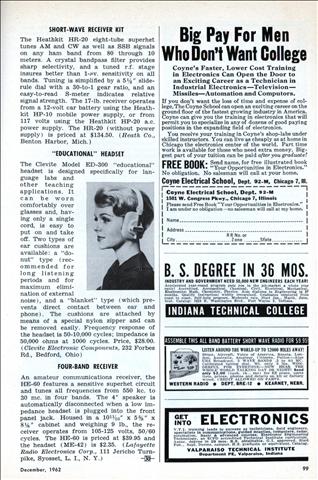 Speedy testing of filaments and heaters in all types of tubes is the function of the Sencore FC123. Nuvistors, novars, compactrons, and 10-pin tubes, as well as all of the more familiar types, can be quickly and easily checked with this device. A pair of test leads is supplied for checking CRT’s, making other continuity tests, and testing neon indicator lamps. The FC123 sells for $3.95. (Sencore, Inc., 426 S. Westgate Dr., Addison, Ill.)