Apparently the only thing it takes to turn characterless, shiftless hillbillies into go-getting super soldiers is a proper diet and Jai Alai. Jai Alai, as any Mad Men viewer will tell you, is the sport of the future(video). 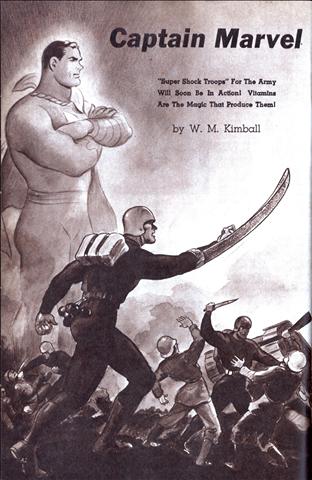 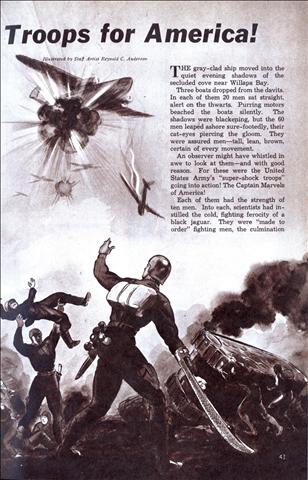 “Super Shock Troops” For The Army Will Soon Be In Action! Vitamins Are The Magic That Produce Them!

THE gray-clad ship moved into the quiet evening shadows of the secluded cove near Willapa Bay.

Three boats dropped from the davits. In each of them 20 men sat straight, alert on the thwarts. Purring motors beached the boats silently. The shadows were blackening, but the 60 men leaped ashore sure-footedly, their cat-eyes piercing the gloom. They were assured men—tall, lean, brown, certain of every movement.

An observer might have whistled in awe to look at them—and with good reason. For these were the United States Army’s “super-shock troops” going into action! The Captain Marvels of America!