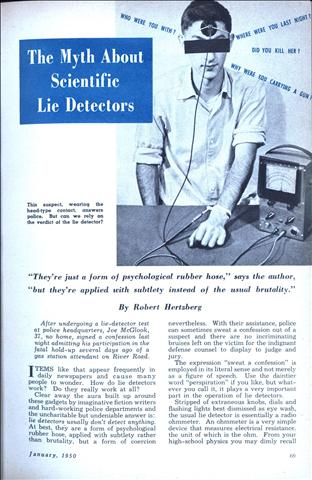 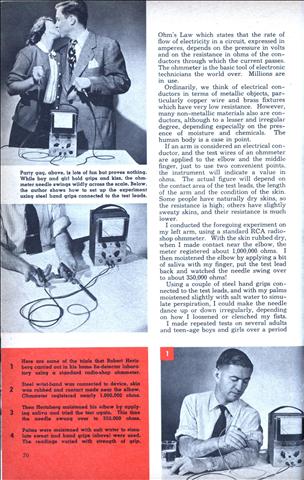 The Myth About Scientific Lie Detectors

“They’re just a form of psychological rubber hose,” says the author, “but they’re applied with subtlety instead, of the usual brutality.”

After undergoing a lie-detector test at police headquarters, Joe McGlook, 37, no home, signed a confession last night admitting his participation in the fatal hold-up several days ago of a gas station attendant on River Road.

ITEMS like that appear frequently in daily newspapers and cause many people to wonder. How do lie detectors work? Do they really work at all?