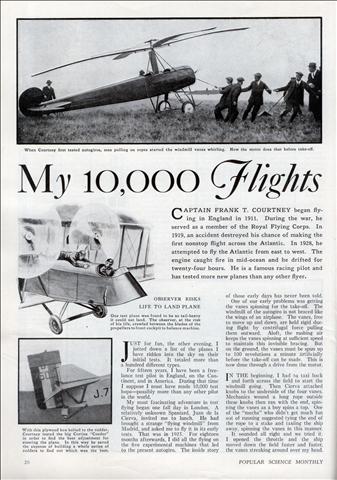 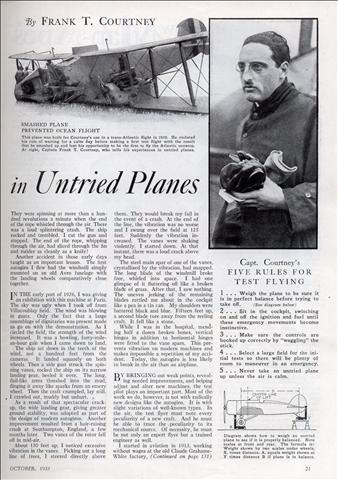 CAPTAIN FRANK T. COURTNEY began flying in England in 1911. During the war, he served as a member of the Royal Flying Corps. In 1919, an accident destroyed his chance of making the first nonstop flight across the Atlantic. In 1928, he attempted to fly the Atlantic from east to west. The engine caught fire in mid-ocean and he drifted for twenty-four hours. He is a famous racing pilot and has tested more new planes than any other flyer.