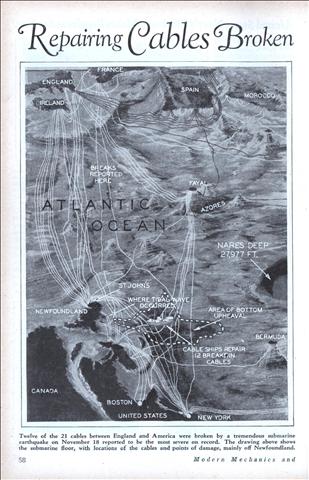 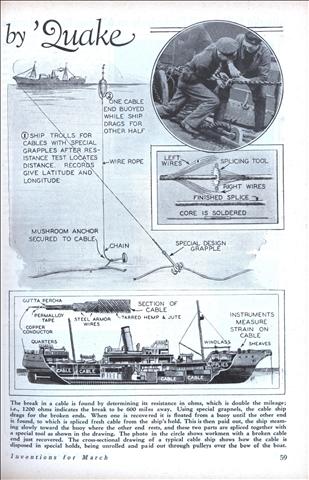 Twelve of the 21 cables between England and America were broken by a tremendous submarine earthquake on November 18 reported to be the most severe on record. The drawing above shows the submarine floor, with locations of the cables and points of damage, mainly off Newfoundland. 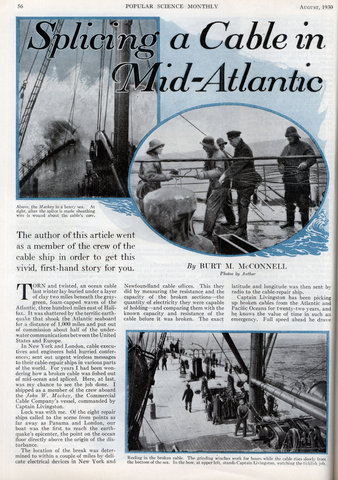 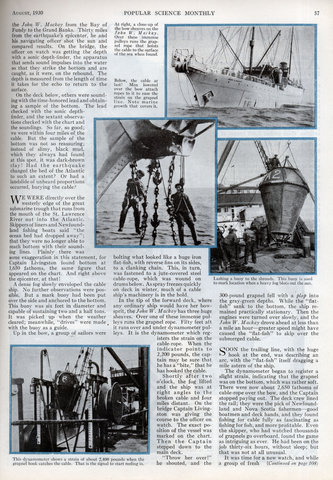 Splicing a Cable in Mid-Atlantic

The author of this article went as a member of the crew of the cable ship in order to get this vivid, first-hand story for you.

TORN and twisted, an ocean cable last winter lay buried under a layer of clay two miles beneath the gray-green, foam-capped waves of the Atlantic, three hundred miles east of Halifax. It was shattered by the terrific earthquake that shook the Atlantic seaboard for a distance of 1,000 miles and put out of commission about half of the underwater communications between the United States and Europe.