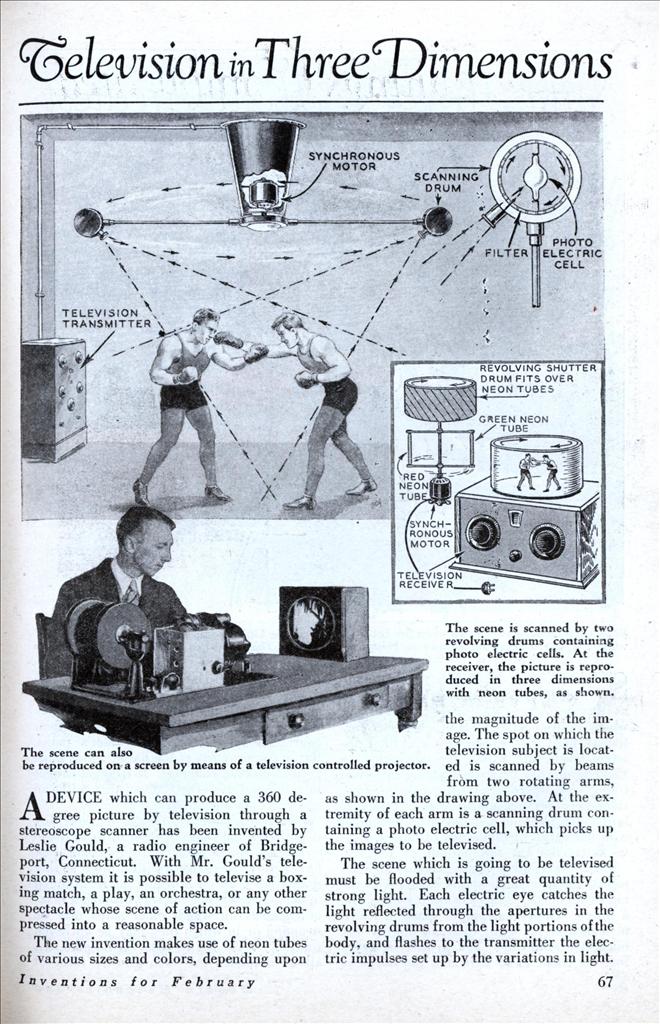 A DEVICE which can produce a 360 degree picture by television through a stereoscope scanner has been invented by Leslie Gould, a radio engineer of Bridgeport, Connecticut. With Mr. Gould’s television system it is possible to televise a boxing match, a play, an orchestra, or any other spectacle whose scene of action can be compressed into a reasonable space.

The new invention makes use of neon tubes of various sizes and colors, depending upon

the magnitude of the image. The spot on which the television subject is located is scanned by beams from two rotating arms, as shown in the drawing above. At the extremity of each arm is a scanning drum containing a photo electric cell, which picks up the images to be televised.

The scene which is going to be televised must be flooded with a great quantity of strong light. Each electric eye catches the light reflected through the apertures in the revolving drums from the light portions of the body, and flashes to the transmitter the electric impulses set up by the variations in light.