Why would this be better than radio? Isn’t radio already a “fog penetrating light”?

Interestingly this kind of thing is currently being considered, but for wireless networking, though an important distinction being that it is done inside a room, not in the open. 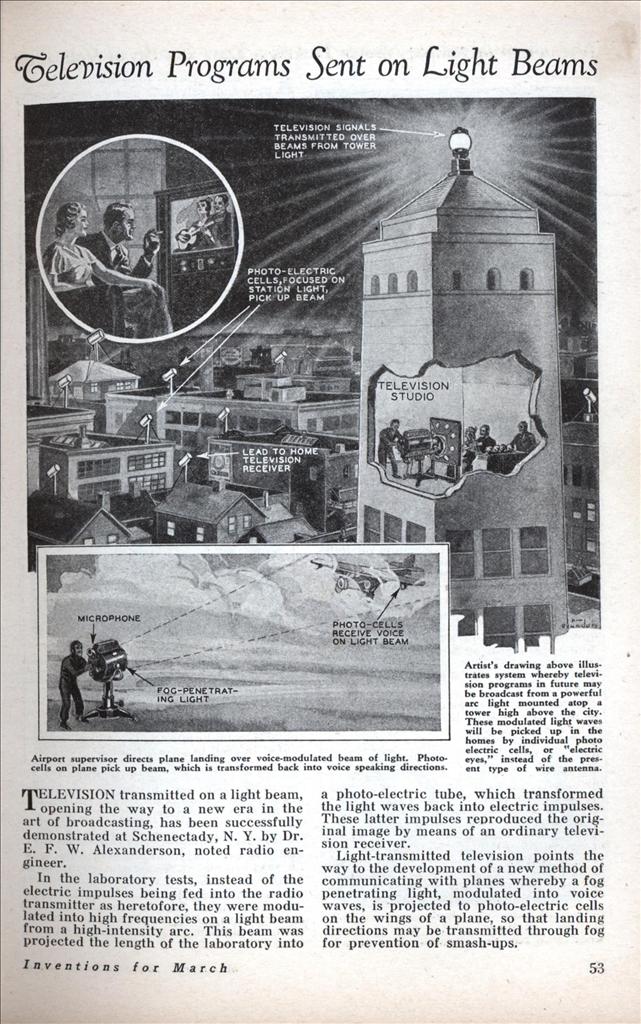 TELEVISION transmitted on a light beam, opening the way to a new era in the art of broadcasting, has been successfully demonstrated at Schenectady, N. Y. by Dr. E. F. W. Alexanderson, noted radio engineer.

In the laboratory tests, instead of the electric impulses being fed into the radio transmitter as heretofore, they were modulated into high frequencies on a light beam from a high-intensity arc. This beam was projected the length of the laboratory into a photo-electric tube, which transformed the light waves back into electric impulses. These latter impulses reproduced the original image by means of an ordinary television receiver.

Light-transmitted television points the way to the development of a new method of communicating with planes whereby a fog penetrating light, modulated into voice waves, is projected to photo-electric cells on the wings of a plane, so that landing directions may be transmitted through fog for prevention of smash-ups