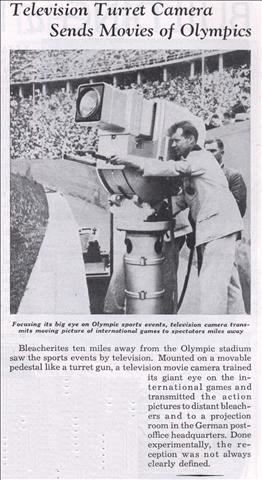 Bleacherites ten miles away from the Olympic stadium saw the sports events by television. Mounted on a movable pedestal like a turret gun, a television movie camera trained its giant eye on the international games and transmitted the action pictures to distant bleachers and to a projection room in the German post-office headquarters. Done experimentally, the reception was not always clearly defined.