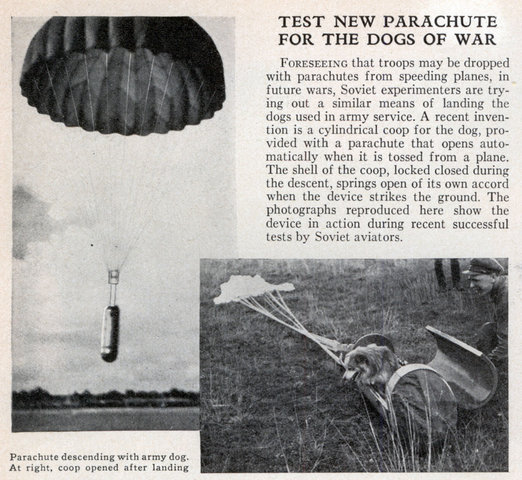 TEST NEW PARACHUTE FOR THE DOGS OF WAR
Foreseeing that troops may be dropped with parachutes from speeding planes, in future wars, Soviet experimenters are trying out a similar means of landing the dogs used in army service. A recent invention is a cylindrical coop for the dog, provided with a parachute that opens automatically when it is tossed from a plane. The shell of the coop, locked closed during the descent, springs open of its own accord when the device strikes the ground. The photographs reproduced here show the device in action during recent successful tests by Soviet aviators.