Mechanix Illustrated
Issue: Sep, 1949
Posted in: Ahead of its time, Origins, Photography
16 Comments on The First Disposable Camera (Sep, 1949)

Apparently, this is one of those ideas that takes 30-40 years to catch on. 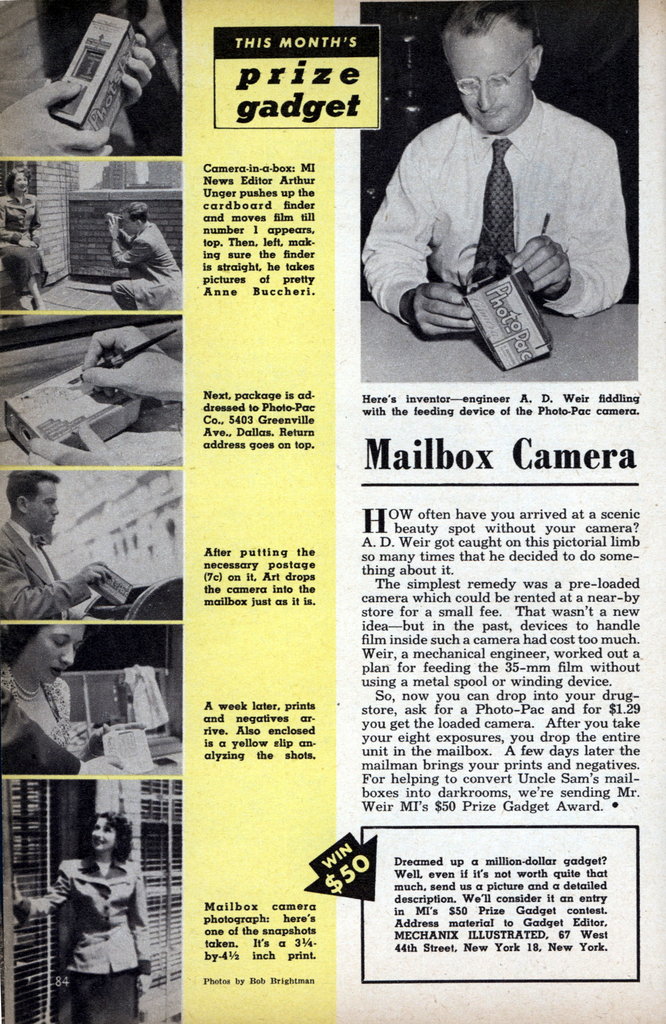 Mailbox Camera
HOW often have you arrived at a scenic beauty spot without your camera? A. D. Weir got caught on this pictorial limb so many times that he decided to do something about it.

The simplest remedy was a pre-loaded camera which could be rented at a near-by store for a small fee. That wasn’t a new ideaâ€”but in the past, devices to handle film inside such a camera had cost too much. Weir, a mechanical engineer, worked out a plan for feeding the 35-mm film without using a metal spool or winding device.

So, now you can drop into your drugstore, ask for a Photo-Pac and for $1.29 you get the loaded camera. After you take your eight exposures, you drop the entire unit in the mailbox. A few days later the mailman brings your prints and negatives. For helping to convert Uncle Sam’s mailboxes into darkrooms, we’re sending Mr. Weir Mi’s $50 Prize Gadget Award.