And you thought the Stepford Wives was a work of fiction. In Dr. Spurling’s wonderful fantasy world all women will have the “thinking portion” of their brain removed, and he might actually get a date. 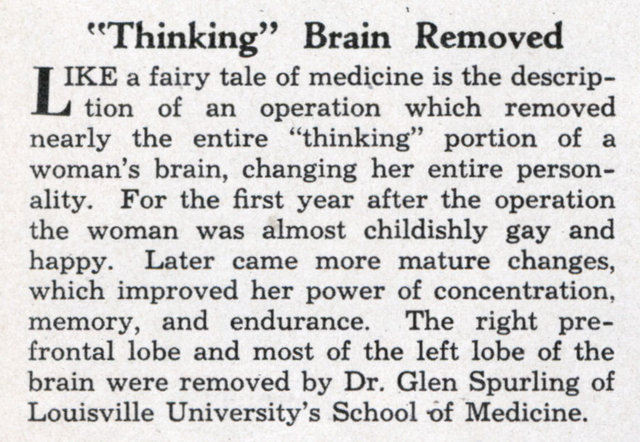 LIKE a fairy tale of medicine is the description of an operation which removed nearly the entire “thinking” portion of a woman’s brain, changing her entire personality. For the first year after the operation the woman was almost childishly gay and happy. Later came more mature changes, which improved her power of concentration, memory, and endurance. The right prefrontal lobe and most of the left lobe of the brain were removed by Dr. Glen Spurling of Louisville University’s School of Medicine.