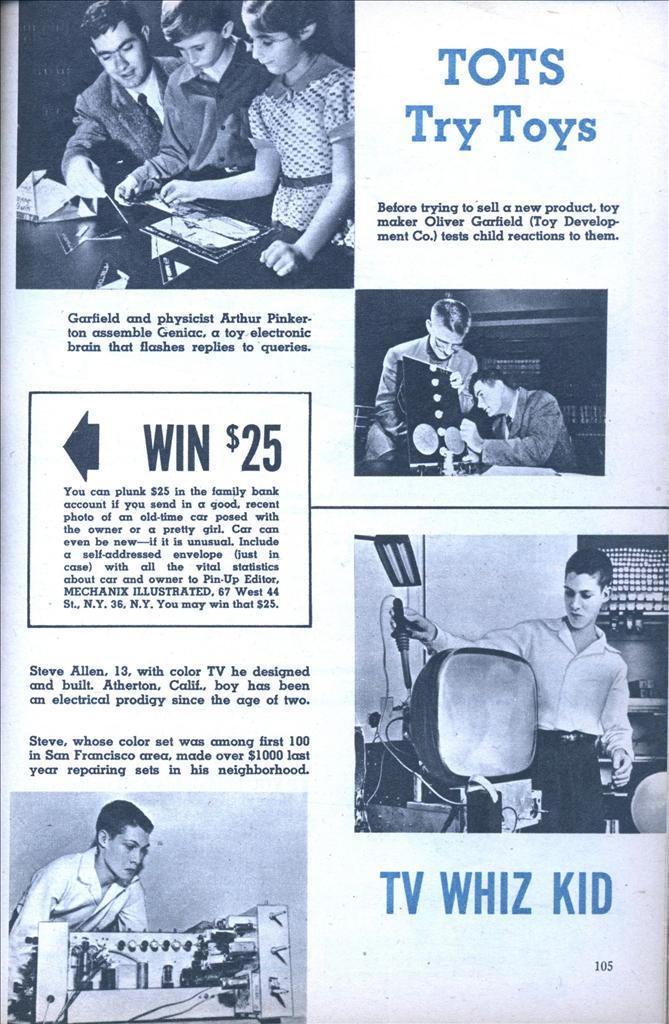 Steve Allen, 13, with color TV he designed and built. Atherton, Calif., boy has been an electrical prodigy since the age of two.

Steve, whose color set was among first 100 in San Francisco area, made over $1000 last year repairing sets in his neighborhood.