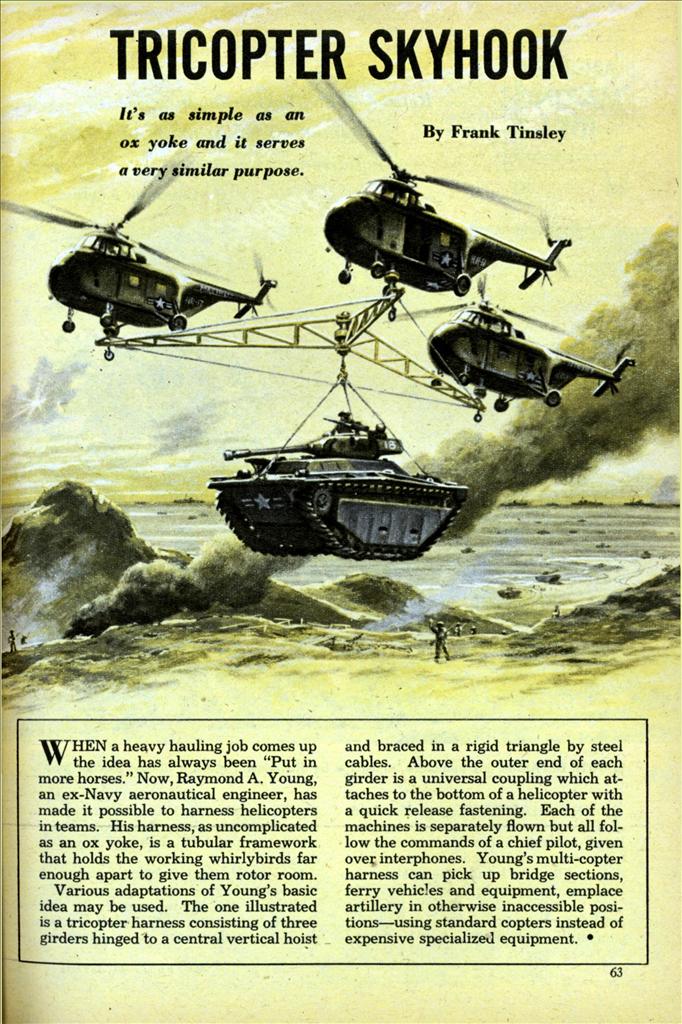 It’s as simple as an ox yoke and it serves a very similar purpose.

WHEN a heavy hauling job comes up the idea has always been “Put in more horses.” Now, Raymond A. Young, an ex-Navy aeronautical engineer, has made it possible to harness helicopters in teams. His harness, as uncomplicated as an ox yoke, is a tubular framework that holds the working whirlybirds far enough apart to give them rotor room.

Various adaptations of Young’s basic idea may be used. The one illustrated is a tricopter harness consisting of three girders hinged to a central vertical hoist and braced in a rigid triangle by steel cables. Above the outer end of each girder is a universal coupling which attaches to the bottom of a helicopter with a quick release fastening. Each of the machines is separately flown but all follow the commands of a chief pilot, given over interphones. Young’s multi-copter harness can pick up bridge sections, ferry vehicles and equipment, emplace artillery in otherwise inaccessible positions—using standard copters instead of expensive specialized equipment.