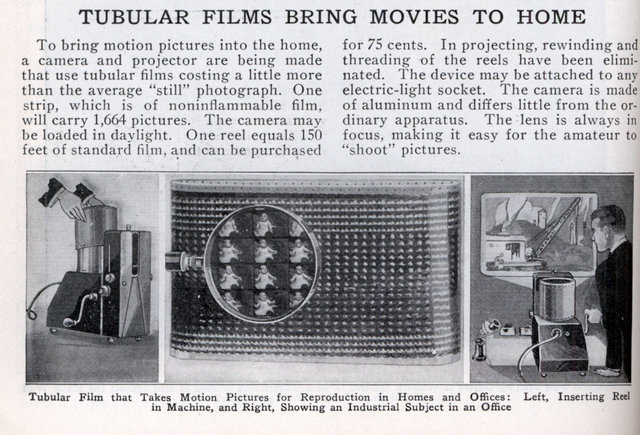 TUBULAR FILMS BRING MOVIES TO HOME
To bring motion pictures into the home, a camera and projector are being made that use tubular films costing a little more
than the average “still” photograph. One strip, which is of noninflammable film, will carry 1,664 pictures. The camera may be loaded in daylight. One reel equals 150 feet of standard film, and can be purchased for 75 cents. In projecting, rewinding and threading of the reels have been eliminated. The device may be attached to any electric-light socket. The camera is made of aluminum and differs little from the ordinary apparatus. The lens is always in focus, making it easy for the amateur to “shoot” pictures.