There have been a good number of aircraft that used contra-rotating propellers. 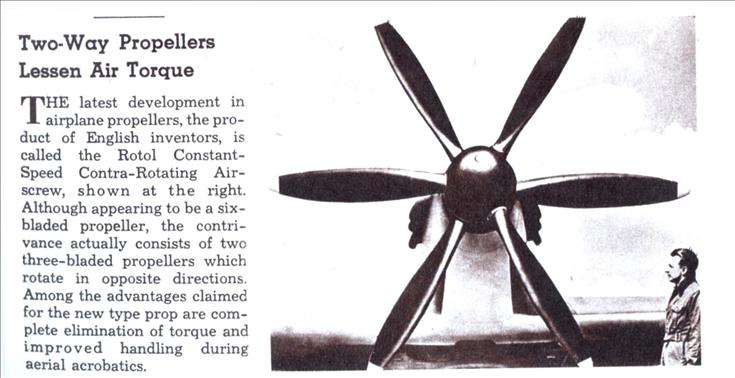 THE latest development in airplane propellers, the product of English inventors, is called the Rotol Constant-Speed Contra-Rotating Airscrew, shown at the right. Although appearing to be a six-bladed propeller, the contrivance actually consists of two three-bladed propellers which rotate in opposite directions. Among the advantages claimed for the new type prop are complete elimination of torque and improved handling during aerial acrobatics.