Wow, this baby can hold over 120 bytes per inch! 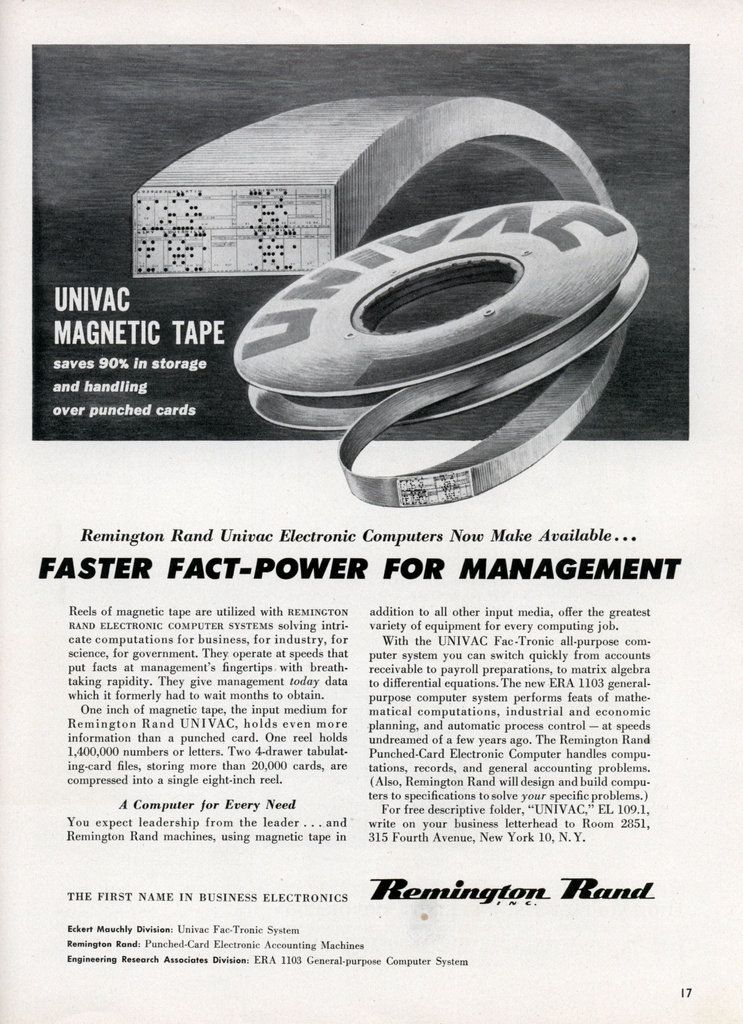 Reels of magnetic tape are utilized with remington rand electronic computer systems solving intricate computations for business, for industry, for science, for government. They operate at speeds that put facts at management’s fingertips with breathtaking rapidity. They give management today data which it formerly had to wait months to obtain.

One inch of magnetic tape, the input medium for Remington Rand UNIVAC, holds even more information than a punched card. One reel holds 1,400,000 numbers or letters. Two 4-drawer tabulat-ing-card files, storing more than 20,000 cards, are compressed into a single eight-inch reel.

A Computer for Every Need

You expect leadership from the leader . . . and Remington Rand machines, using magnetic tape in addition to all other input media, offer the greatest variety of equipment for every computing job.