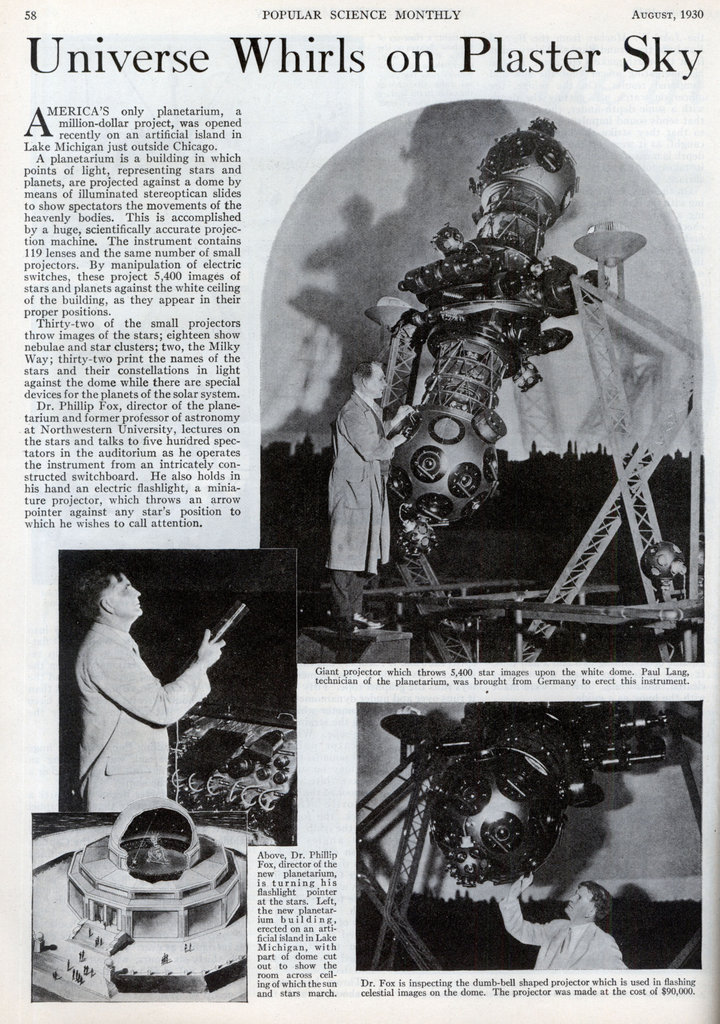 A planetarium is a building in which points of light, representing stars and planets, are projected against a dome by means of illuminated stereoptican slides to show spectators the movements of the heavenly bodies. This is accomplished by a huge, scientifically accurate projection machine. The instrument contains 119 lenses and the same number of small projectors. By manipulation of electric switches, these project 5,400 images of stars and planets against the white ceiling of the building, as they appear in their proper positions.

Thirty-two of the small projectors throw images of the stars; eighteen show nebulae and star clusters; two, the Milky Way; thirty-two print the names of the stars and their constellations in light against the dome while there are special devices for the planets of the solar system.

Dr. Phillip Fox, director of the planetarium and former professor of astronomy at Northwestern University, lectures on the stars and talks to five hundred spectators in the auditorium as he operates the instrument from an intricately constructed switchboard. He also holds in his hand an electric flashlight, a miniature projector, which throws an arrow pointer against any star’s position to which he wishes to call attention.