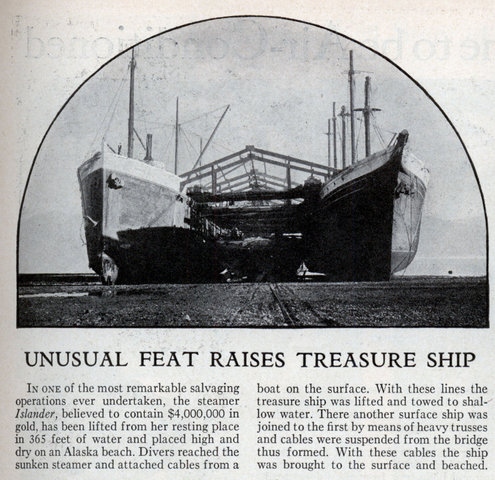 In one of the most remarkable salvaging operations ever undertaken, the steamer Islander, believed to contain $4,000,000 in gold, has been lifted from her resting place in 365 feet of water and placed high and dry on an Alaska beach. Divers reached the sunken steamer and attached cables from a boat on the surface. With these lines the treasure ship was lifted and towed to shallow water. There another surface ship was joined to the first by means of heavy trusses and cables were suspended from the bridge thus formed. With these cables the ship was brought to the surface and beached.