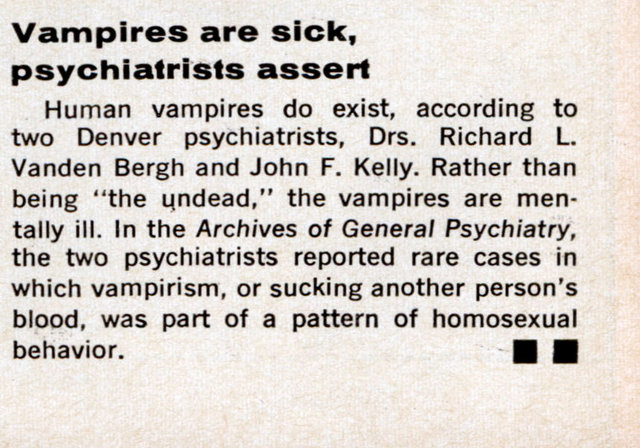 Human vampires do exist, according to two Denver psychiatrists, Drs. Richard L. Vanden Bergh and John F. Kelly. Rather than being “the undead,” the vampires are mentally ill. In the Archives of General Psychiatry, the two psychiatrists reported rare cases in which vampirism, or sucking another person’s blood, was part of a pattern of homosexual behavior.