I’m really not sure how this microphone is supposed to vanish. Is it just small? Or made of lucite? Or does it come with skins so you can match an outfit? Or is it really some sort of super sophisticated active camoflauge system the military developed to hide…. um…. microphones? 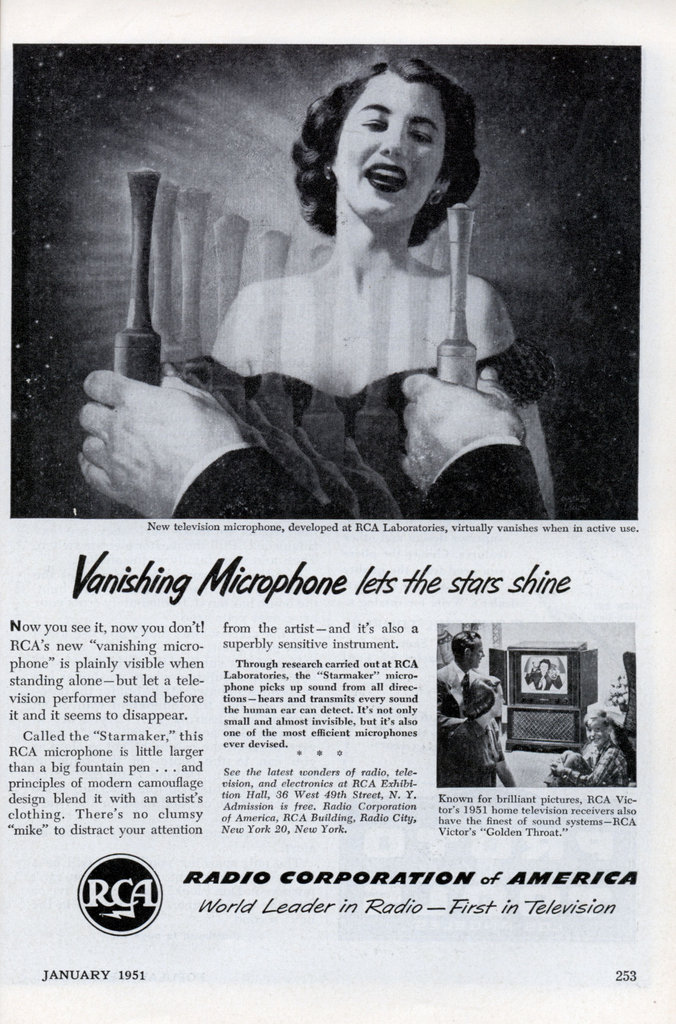 Now you see it, now you don’t!
RCA’s new “vanishing microphone” is plainly visible when standing aloneâ€”but let a television performer stand before it and it seems to disappear.

Called the “Starmaker,” this RCA microphone is little larger than a big fountain pen . . . and principles of modern camouflage design blend it with an artist’s clothing. There’s no clumsy “mike” to distract your attention
from the artist â€”and it’s also a superbly sensitive instrument.

Through research carried out at RCA Laboratories, the “Starmaker” microphone picks up sound from all directionsâ€”hears and transmits every sound the human ear can detect. It’s not only small and almost invisible, but it’s also one of the most efficient microphones
ever devised.