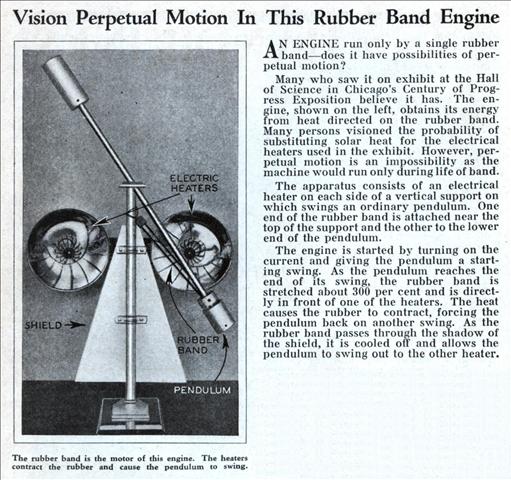 AN ENGINE run only by a single rubber band—does it have possibilities of perpetual motion?

Many who saw it on exhibit at the Hall of Science in Chicago’s Century of Progress Exposition believe it has. The engine, shown on the left, obtains its energy from heat directed on the rubber band. Many persons visioned the probability of substituting solar heat for the electrical heaters used in the exhibit. However, perpetual motion is an impossibility as the machine would run only during life of band.

The apparatus consists of an electrical heater on each side of a vertical support on which swings an ordinary pendulum. One end of the rubber band is attached near the top of the support and the other to the lower end of the pendulum.