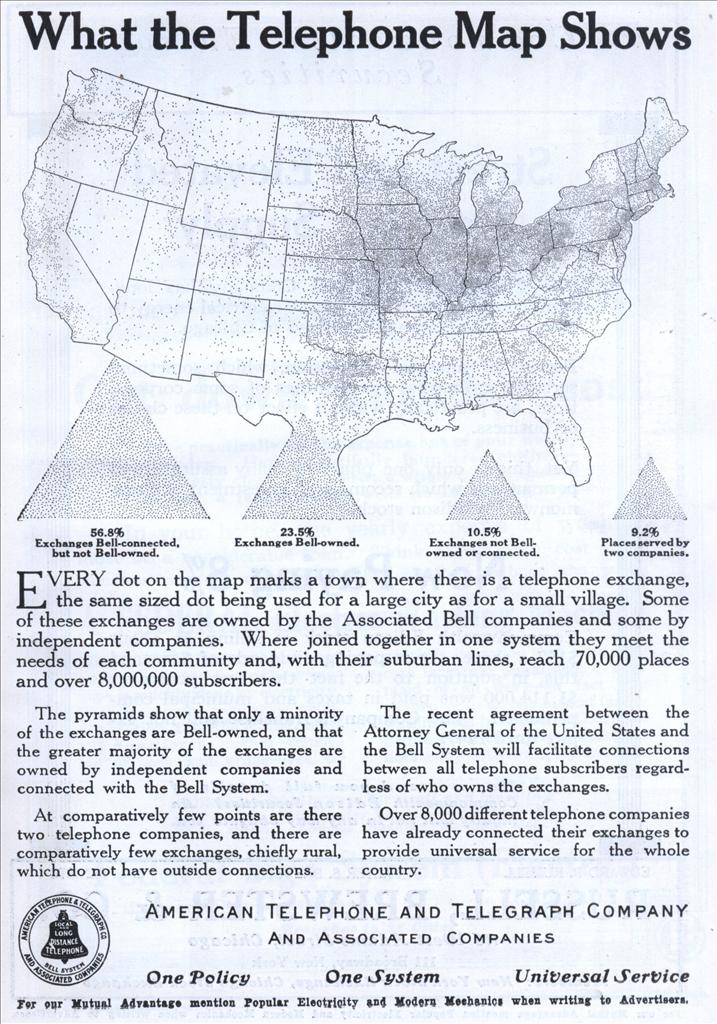 What the Telephone Map Shows

EVERY dot on the map marks a town where there is a telephone exchange, the same sized dot being used for a large city as for a small village. Some of these exchanges are owned by the Associated Bell companies and some by independent companies. Where joined together in one system they meet the needs of each community and, with their suburban lines, reach 70,000 places and over 8,000,000 subscribers.

The recent agreement between the Attorney General of the United States and the Bell System will facilitate connections between all telephone subscribers regardless of who owns the exchanges.

Over 8,000 different telephone companies have already connected their exchanges to provide universal service for the whole country.