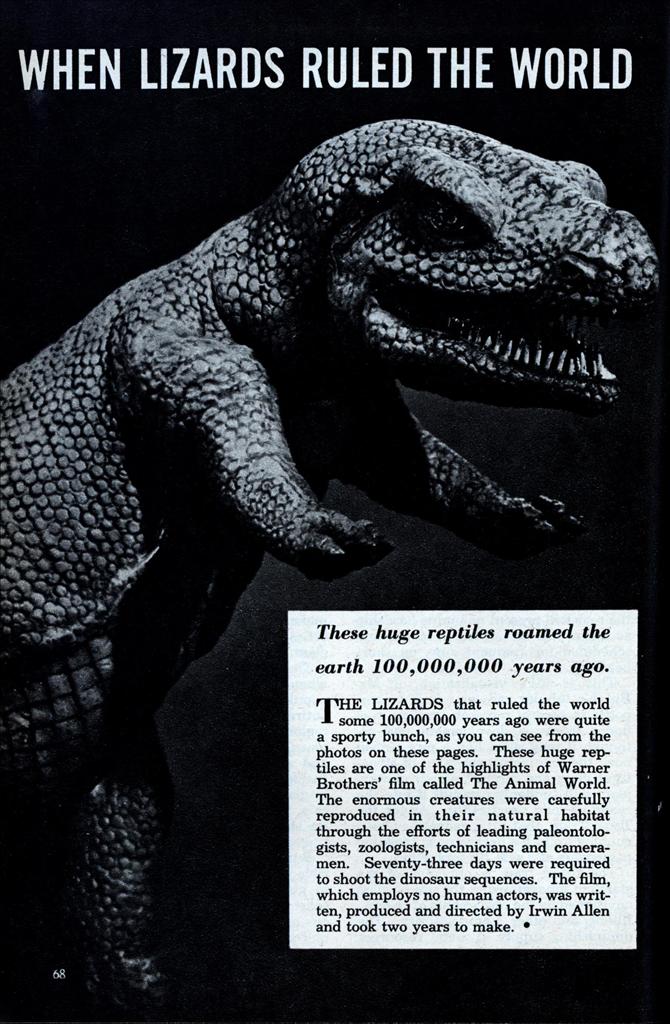 WHEN LIZARDS RULED THE WORLD

THE LIZARDS that ruled the world some 100,000,000 years ago were quite a sporty bunch, as you can see from the photos on these pages. These huge reptiles are one of the highlights of Warner Brothers’ film called The Animal World. The enormous creatures were carefully reproduced in their natural habitat through the efforts of leading paleontologists, zoologists, technicians and cameramen. Seventy-three days were required to shoot the dinosaur sequences. The film, which employs no human actors, was written, produced and directed by Irwin Allen and took two years to make.