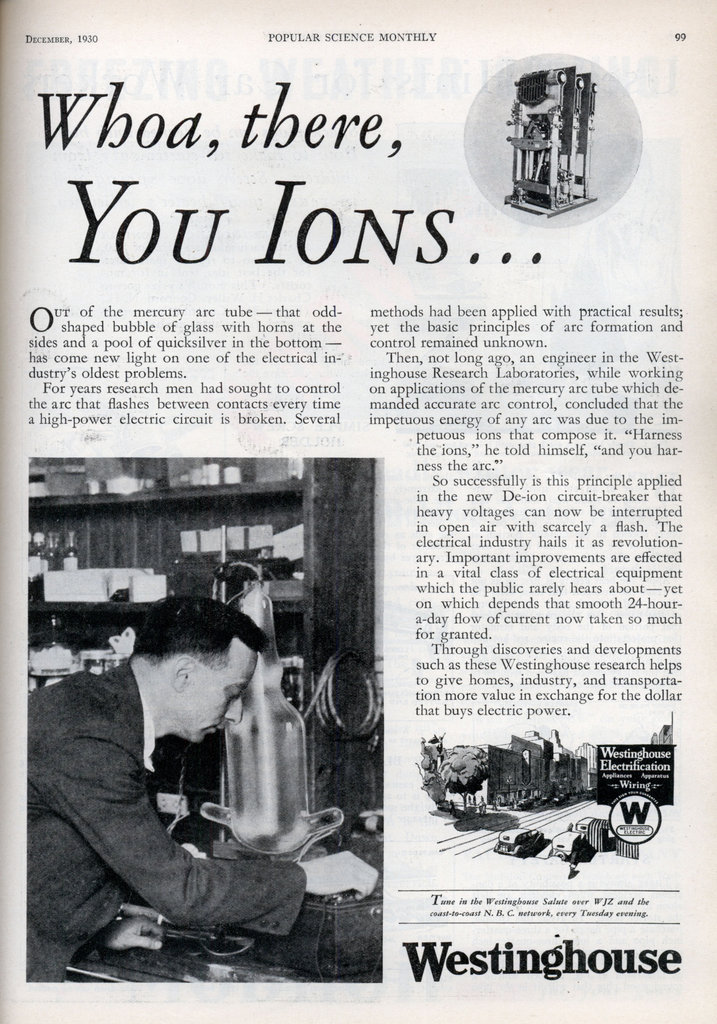 Whoa, there, You Ions…

Out of the mercury arc tube — that odd-shaped bubble of glass with horns at the sides and a pool of quicksilver in the bottom — has come new light on one of the electrical industry’s oldest problems.

For years research men had sought to control the arc that flashes between contacts every time a high-power electric circuit is broken. Several methods had been applied with practical results; yet the basic principles of arc formation and control remained unknown.

Then, not long ago, an engineer in the Westinghouse Research Laboratories, while working on applications of the mercury arc tube which demanded accurate arc control, concluded that the impetuous energy of any arc was due to the impetuous ions that compose it. “Harness the ions,” he told himself, “and you harness the arc.”

So successfully is this principle applied in the new De-ion circuit-breaker that heavy voltages can now be interrupted in open air with scarcely a flash. The electrical industry hails it as revolutionary. Important improvements are effected in a vital class of electrical equipment which the public rarely hears about — yet on which depends that smooth 24-hour-a-day flow of current now taken so much for granted.

Through discoveries and developments such as these Westinghouse research helps to give homes, industry, and transportation more value in exchange for the dollar that buys electric power.