Printed circuit boards are one of those things we’re so used to the you never really think about how people made electronics before them. 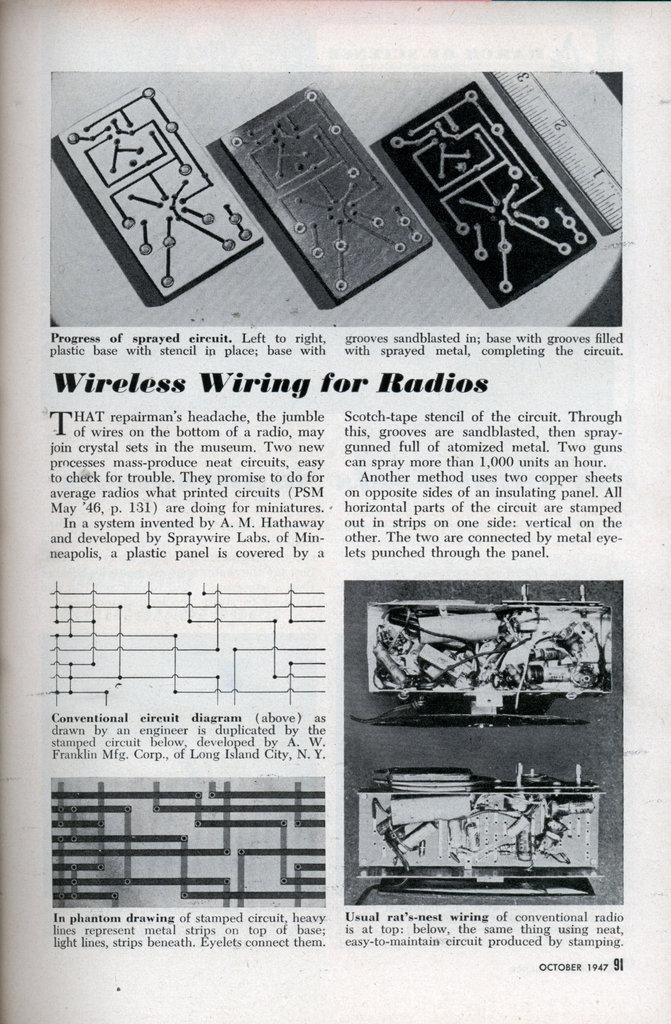 Wireless Wiring for Radios
THAT repairman’s headache, the jumble of wires on the bottom of a radio, may join crystal sets in the museum. Two new processes mass-produce neat circuits, easy to check for trouble. They promise to do for average radios what printed circuits (PSM May ’46, p. 131) are doing for miniatures.

In a system invented by A. M. Hathaway and developed by Spraywire Labs, of Minneapolis, a plastic panel is covered by a Scotch-tape stencil of the circuit. Through this, grooves are sandblasted, then spray-gunned full of atomized metal. Two guns can spray more than 1,000 units an hour.

Another method uses two copper sheets on opposite sides of an insulating panel. All horizontal parts of the circuit are stamped out in strips on one side: vertical on the other. The two are connected by metal eyelets punched through the panel.