Well, this pretty nicely sums up the fight in WWII on one page. France was building the Maginot line while Germany was building rockets. 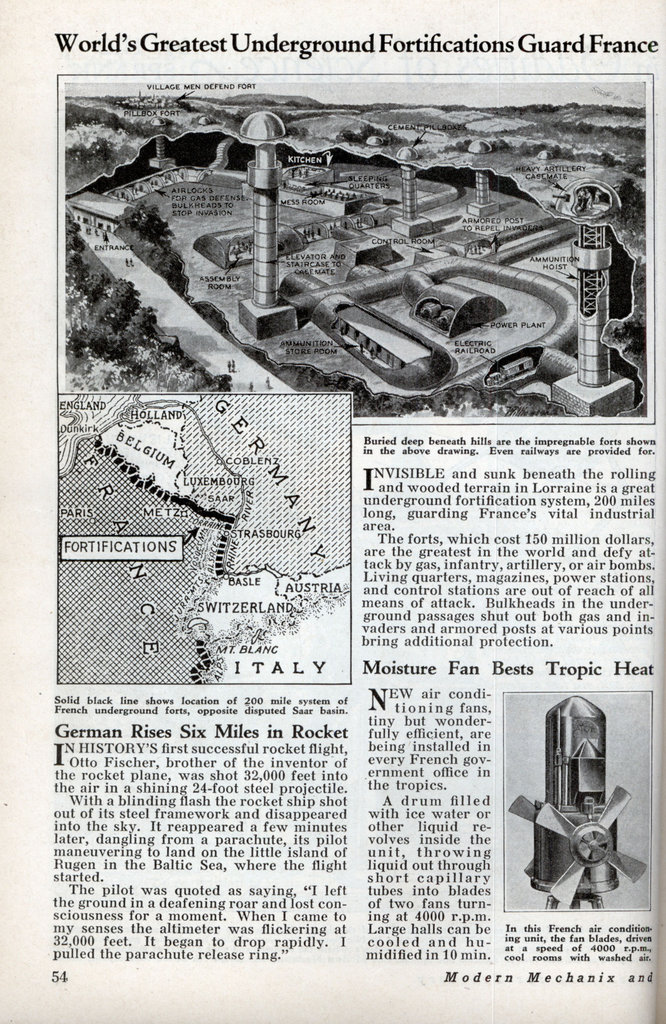 The forts, which cost 150 million dollars, are the greatest in the world and defy attack by gas, infantry, artillery, or air bombs. Living quarters, magazines, power stations, and control stations are out of reach of all means of attack. Bulkheads in the underground passages shut out both gas and invaders and armored posts at various points bring additional protection.

IN HISTORY’S first successful rocket flight, Otto Fischer, brother of the inventor of the rocket plane, was shot 32,000 feet into the air in a shining 24-foot steel projectile.

With a blinding flash the rocket ship shot out of its steel framework and disappeared into the sky. It reappeared a few minutes later, dangling from a parachute, its pilot maneuvering to land on the little island of Rugen in the Baltic Sea, where the flight started.

The pilot was quoted as saying, “I left the ground in a deafening roar and lost consciousness for a moment. When I came to my senses the altimeter was flickering at 32,000 feet. It began to drop rapidly. I pulled the parachute release ring.”