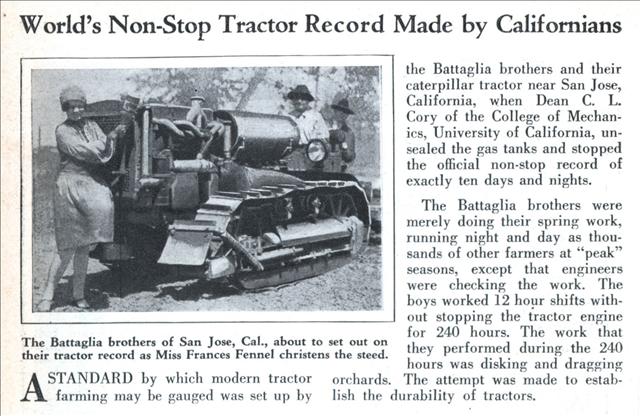 A STANDARD by which modern tractor farming may be gauged was set up by the Battaglia brothers and their caterpillar tractor near San Jose, California, when Dean C. L. Cory of the College of Mechanics, University of California, unsealed the gas tanks and stopped the official non-stop record of exactly ten days and nights.

The Battaglia brothers were merely doing their spring work, running night and day as thousands of other farmers at “peak” seasons, except that engineers were checking the work. The boys worked 12 hour shifts without stopping the tractor engine for 240 hours. The work that they performed during the 240 hours was disking and dragging orchards. The attempt was made to establish the durability of tractors.